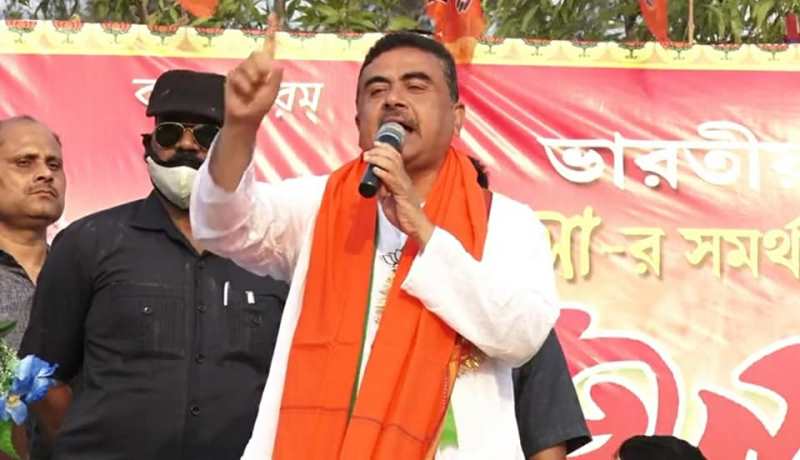 Kolkata: BJP leader Suvendu Adhikari has been named as the party's Leader of Opposition in West Bengal Legislative Assembly.

Despite Trinamool Congress party's thumping victory in the Assembly polls, Suvendu Adhikari surprised many as he defeated CM Mamata Banerjee in the high-profile Nandigram seat.

"Nandigram MLA Suvendu Adhikari will now be the Leader of Opposition in the West Bengal Assembly as party legislators have picked him up as their leader," announced Union Minister Ravi Shankar Prasad.

Prasad said party MLA Mukul Roy proposed the name of Adhikari and some 22 legislators seconded it.

He also asked the party legislators if they have any other name for the post but none of them came out.

BJP has altogether 77 legislators in the 294-member house for which election held to 292.

The ruling Trinamool Congress swept to power for the 3rd time in a row with an overwhelming majority winning 213 seats.

Adhikari had left Trinamool Congress and joined the BJP ahead of the Assembly polls.

Both Ghosh and Basu have been diagnosed with pandemic and Mitra, who did not contest this election due to sickness, took oath virtually.

Mitra, who held the finance portfolio in Mamata Banerjee's earlier two terms have been tipped to be the next finance minister.

Ms Banerjee, who took oath on May 5, is expected to distribute portfolios of the ministers at Nabanna shortly.