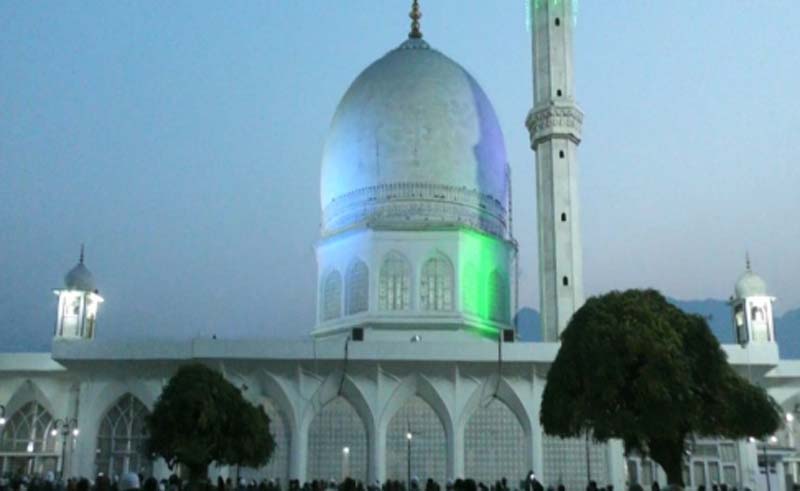 Srinagar: Muslims across Jammu and Kashmir are set to observe the holy Shab-e-Qadr or Lailatul Qadr Sunday night.

The night marks the revelation of the holy Quran to the Prophet Muhammad (SAW).

This holy night is considered the most blessed of all the nights in Islam.

However, prayers will remain suspended at Dargah Hazratbal and Jamia Masjid in view of surge in the COVID19 cases. Muslims will observe the night-long prayers at local masjids.

Amid COVID19 threat, Islamic scholars have reiterated an appeal to Muslims to adhere to safety guidelines and adopt pandemic SOPs in letter and spirit.

During this night, Muslims spend most of the time reciting Quran and offering special night-long prayers.

There will also be no congregational prayers in masjids and shrines affiliated with Muslim Wakf Board.

On May 1 this year, the Jammu and Kashmir Waqf Board announced suspension of regular prayers for time being at the masjids and shrines affiliated to it in Kashmir as a preventive measure to contain the spread of coronavirus.

Otherwise, on this occasion, biggest congregation was traditionally witnessed at Hazratbal shrine Srinagar and Jamia Masjid in Downtown where thousands of people would join special prayers during the night.

Hazratbal houses the holy relic of Prophet Muhammad (SAW) which is traditionally displayed to devotees on special occasions – the reason shrine attracting largest number of devotees.

The shrine is managed by the Wakf Board. An official of Wakf Board confirmed that no celebrations or night-long prayers will be held at shrines and masjids.

Last year, no night long prayers were observed across J&K when COVID19 was on its peak.

Administration and Muslim scholars had asked people to avoid religious gatherings. The people had offered night long prayers and regular prayers at respective homes throughout the Ramadhan in 2020.