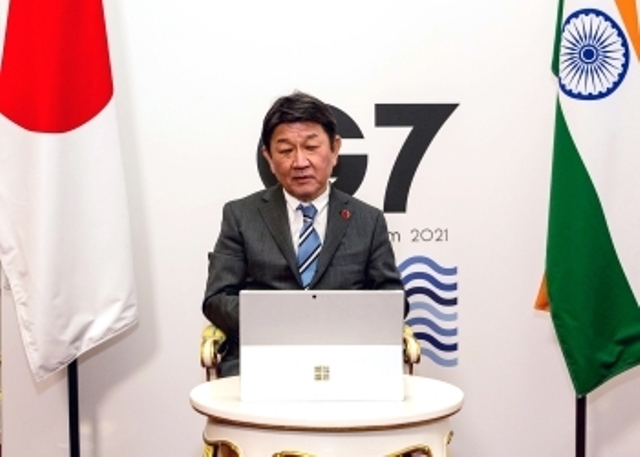 Motegi made the proposal during his recent video teleconference with Indian External Affairs Minister.

A statement issued by the Japanese foreign ministry said: "The Ministers concurred that they would deepen their cooperation towards containing the COVID-19 pandemic."

"Foreign Minster Motegi stated that Japan is ready to provide grant assistance of up to 50 million US dollars (approximately 5.5 billion yen) to India, based on the latter's needs, in addition to ventilators and oxygen concentrarots which was announced earlier, in response to the current surge of COVID-19 infections in India. Foreign Minister Jaishankar expressed his appreciation," it said.

Apart from that, 100 oxygen concentrators will be sent to India as a part of the first batch of the emergency assistance from Japan to India in response to the current surge of COVID-19 infections in India.

"The above-mentioned is a part of the first package of assistance announced by the Government of Japan on April 30, which is for Japan to proceed with the procedure to provide India with 300 oxygen concentrators and 300 ventilators," read a statement issued by the Japanese Foreign Ministry.