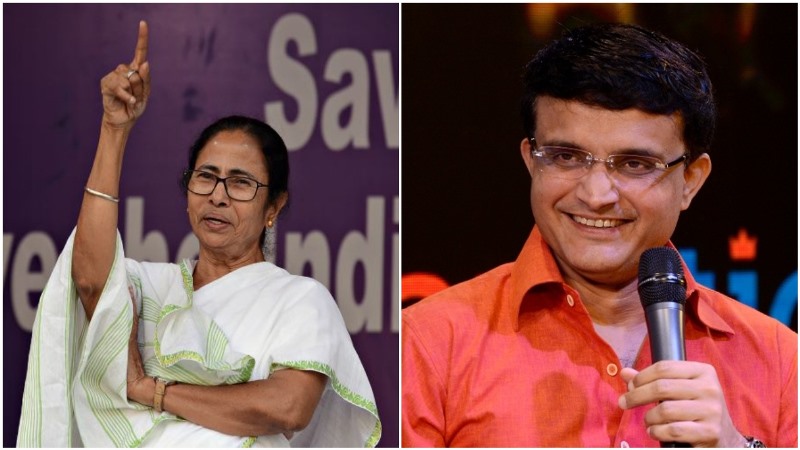 However, it is yet not clear whether Ganguly, who was earlier speculated to join Mamata's rival Bharatiya Janata Party (BJP), will attend the ceremony.

Mamata, who heads the Trinamool Congress (TMC), will be swearing in as the Chief Minister for the third consecutive term at 10:45 am on Wednesday.

Due to the prevailing Covid-19 situation, Mamata on Sunday said the ceremony would be low-key.

In a highly intense fight with the BJP, the TMC has won 213 of 292 seats (two more seats due to be polled), decimating the saffron unit which has won just 77.

Though her party registered a landslide victory, Mamata has been defeated in a close battle in Nandigram by her lieutenant-turned BJP candidate Suvendu Adhikari by over 1,900.

As per constitutional norm, Mamata can become the Chief Minister for now but she would have to get elected from any constituency within six months.

The Chief Minister-elect is scheduled to hold a Covid-19 meeting at state headquarters Nabanna after swearing in on Wednesday.