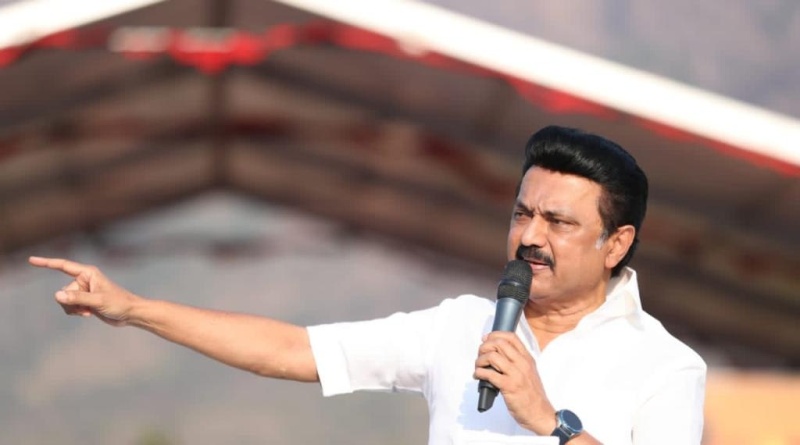 Chennai/UNI: DMK President and CM Candidate led from the front as the main opposition is all set to return to power in Tamil Nadu after a long wait of ten years.

As the counting of votes polled in the April six elections continued, the DMK, in line with the exit poll predictions, secured a simple majority on its own and is all set to took over the mantle of the State for the next five years, ending its long and agonising 10-year old wait during which it was in the opposition.

Despite a five-cornered contest, it turned out to be a battle between the ruling AIADMK and the DMK and once the trends emerged. The MNM, AMMK of TTV Dhinakaran and Naam Tamizahr Katchi of actor-director Seeman ended up as also rans.

The results also proved that voters have rejected MNM, which has been claiming as an alternative to the dravidian majors and also Mr Dhinakaran, who is the nephew of expelled AIADMK leader and former close associate of Ms Jayalalithaa and the Naam Tamizhar Katchi (NTK).

But what is interesting is that NTK finished third in several constituencies behind MNM, which in some seats were pushed to the fifth slot behind NOTA.

This is the first Assembly election faced by the AIADMK and the DMK without their top leaders and late CMs J Jayalalithaa and M Karunanidhi.

As the leads kept swelling, it was an one-horse race as the DMK established leads in a majority of the 234 constituencies.

By noon it came clear that the DMK will return to power as it crossed the simple majority mark, and in the subsequent rounds its tally kept swelling.

At the fag end of the countng, the DMK has so far won three seats and its ally Congress (one). The DMK was leading in 125 more seats, and Congress (15) taking the Front's tally to a staggering lead in 148 seats--(total 152).

The DMK was leading in 125 seats, its allies the Congress in 15 more seats, VCK-four and the two left Parties two each.

The ruling AIADMK, which has been aiming for a hat-trick of wins after it bucked the trend and won the polls in 2016, finished a distant second.

The AIADMK, which had so far won in three seats, was leading in 69, while its allies PMk and BJP were ahead in six and three seats respectively, taking their tally to 81.

As things stands now, DMK-combine will win a total of 152 seats, AIADMK-led Front 81 and Kamal Haasan of MNM-one.

With the DMK set to form the next government and its President and CM candidate M K Stalin all set to become the next CM, Prime Minister Narendra Modi, AICC President Sonia Gandhi, former AICC Chief Rahul Gandhi, Union Ministers Rajnath singh and Nirmala Sitharaman congratulated him for steering his party to a resounding victory.

As the DMk's victory became clear, top IAS and police officials visited Mr Stalin's residence and greeted him. Among those who greeted him were Health Secretary Dr J Radhakrishnan as the state was in the grip of a second corona pandemic wave.

Single phase polling was held on April six for 234 seats to elect the 16th Tamil Nadu Assembly, besides bypoll to the Kanyakumari  Lok Sabha seat.

In the bypoll to Kanyakumari Lok Sabha seat--caused by the death of sitting Congress member H Vasanthakumar due to corona, his son Vijay Vasanth has established a lead of over one lakh votes and is set to enter the Parliament for the first time.

His BJP rival and former Union Miniter Pon Radhakrishnan is trailing far behind.

Reacting to the results, DMK President M K Stalin said the counting leads established by the party in a majority of the constituencies confirmed that the DMK is going to form the next government in Tamil Nadu.

As of now the trends indicate the repeat of the 2016 numbers with the DMK and the AIADMK swapping places. In 2016, the AIADMK won 136 seats and the DMK-led alliance 98, with a few seats going the DMK way this time.

The DMK is also all set to take the Chennai city by storm as its 15 candidates and one from Congress were leading in all the 16 seats.

Mr Stalin led the party's charge by winning from Kolathur for a third time and his son and DMK Youth Wing leader Udhayanidhi Stalin tasting his maiden electoral victory from Chepauk-Tiruvallikeni seat.

In DMK, too, the party heavyweights are leading in their respective seats.