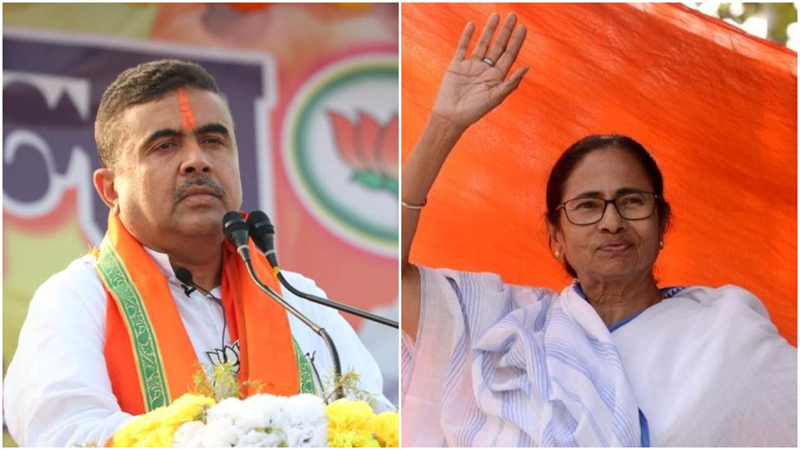 Kolkata: BJP leader and former Mamata strongman Suvendu Adhikari has won the Nandigram seat, according to official confirmation after it was reported widely that Mamata Banerjee had won the prestige seat.

Earlier, West Bengal Chief Minister Mamata Banerjee said she is accepting the verdict of the people of Nandigram even as confusion prevailed over who won the high-profile seat.

Banerjee was locked in a tight contest with BJP's Suvendu Adhikari.

TMC itself later tweeted: "The counting process for Nandigram has not been completed. Please do not speculate."

During a press conference, Banerjee said, "Don't worry for Nandigram, for struggle you have to sacrifice something. I struggled for Nandigram because I fought a movement. It's ok. Let the Nandigram people give whatever verdict they want, I accept that."

She however at the same time said she might move court over the counting suspecting some mischief.