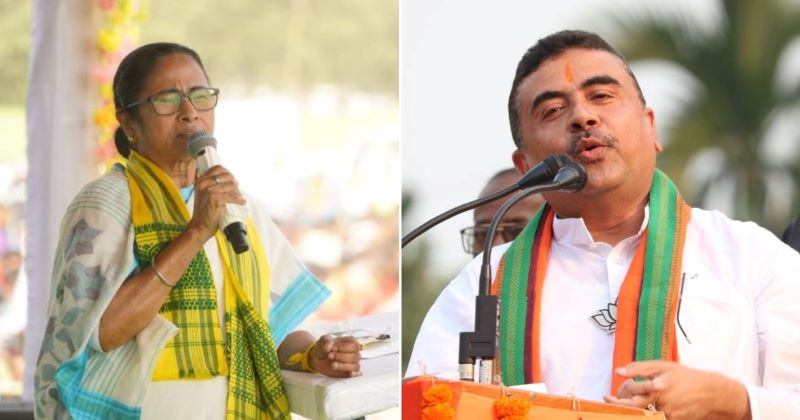 As per report, Mamata Banerjee defeated her former party colleague by 1200 seats.

Moving out from her Bhowanipore bastion, Mamata Banerjee took up the challenge of fighting the polls from Nandigram, a seat which is Suvendu Adhikari's home turf and witnessed a tight battle between the two leaders.

Suvendu had joined the Bharatiya Janata Party by quitting the TMC ahead of the Assembly polls, giving the Mamata Banerjee-led government in the state a jolt.

Despite trailing in the initial rounds, Banerjee kept maintaining a slim lead over Suvendu in the later rounds and eventually won the seat by 1200 votes.

The Bharatiya Janata Party faltered to deliver a strong result in the polls and so far it is ahead in just 78 seats while the TMC is marching ahead in 212.

The Sanjukta Morcha is leading in just 1 seat.