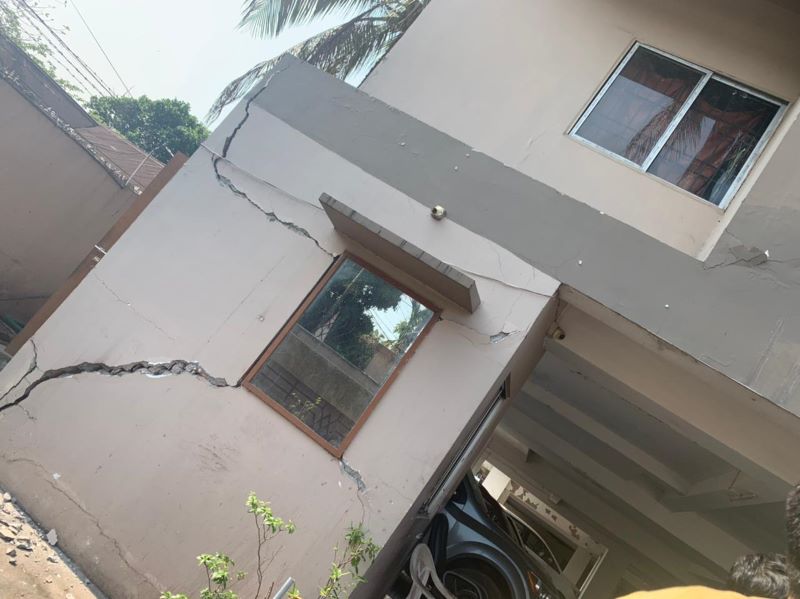 Guwahati/UNI: An earthquake of magnitude 6.7 magnitude jolted Assam and adjoining North Eastern states damaged properties, caused cracks in the walls and floors of many buildings and many areas cracks appeared in the land as water seeped from paddy fields.

The quake hit at a depth of 34 km (21 miles) near the town of Dhekiajuli, 140 km (86 miles) north of the main city of Guwahati, the United States Geological Survey said.

"This is the biggest earthquake I have ever realized in Assam, the first jolt was accompanied by a much stronger second jolt, thank god we all are safe,” said a resident of the Guwahati town.

There is no report of any human casualties so far.

Multi-storied apartment in Guwahati has witnessed massive damage with roofs and walls caving in.

"We don't have reports of any casualties but we are seeing images and visuals of extensive damage," Health Minister Himanta Biswa Sarma tweeted.

The administration has set up a control room to report the earthquake damages.

Earlier, the European Mediterranean Seismological Centre (EMSC) had put the quake's magnitude at 6.2.