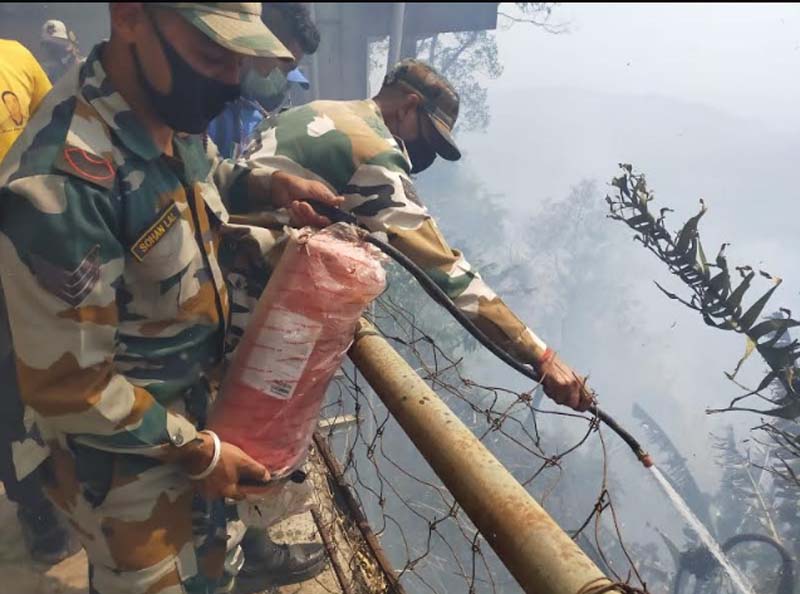 Guwahati/IBNS: A major fire broke out on Saturday in Gen A College Veng, started spreading further towards Serkawn and Zotlang Area of Lunglei.

Two parties under Asst Comdt Narayan Sangroula along with the entire fire fighting Eqpt and a medical team under RMO Capt VK Dabas along with the ambulance were sent to provide assistance to locals and help them in this fire fight.

On Apr 25 morning, it further extended to Lunglei main town towards the residential area of Zotlang. Thereafter one more party was sent to the affected area near BSF. 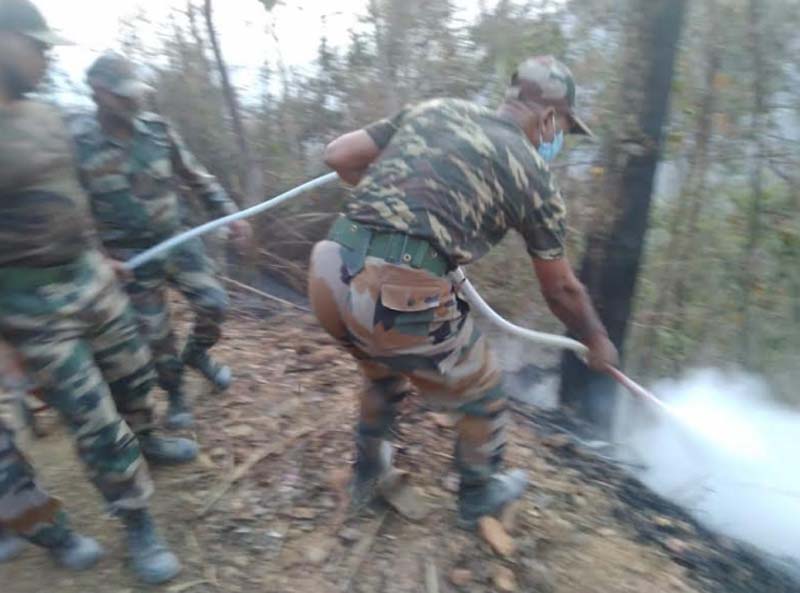 It reached the main town of Lunglei.  Thereafter the fire was controlled by the fire fighters, Assam Rifles tps and locals. In the afternoon the fire extended towards the Chanmari area and Valley below ( Forest Area).

Fire is now under control near the residential Areas. However, it is still increasing in the valley below Chanmari.

Assam Rifles is working relentlessly along with district adm to douse the fire and prevent it from spreading further.