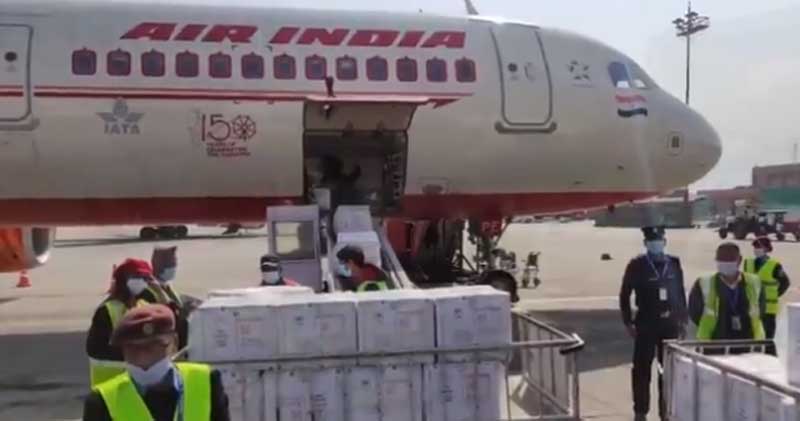 New Delhi/Dhaka/IBNS: The Bangladesh government has requested India to speed up the delivery of 500,000 doses of Covid-19 vaccines to ensure that its immunization programme is not affected.

A Hindustan Times report said that the matter was raised by the High Commission of Bangladesh and the authorities in the neighbouring country in the past few days over delays in the dispatch of Covishield that were contracted from Serum Institute of India.

Amid steep rise in Coronavirus cases in India, the government has put a brake on the export of vaccines. The government has said that the exports will be done in a phased manner and delivery schedules will be calibrated in sync with the domestic requirements.

Reports said several countries have raised concerns over vaccine deliveries as India' s own vaccine needs have increased significantly after the government announced to open up the inoculation drive to all above 18 from May 1.

The HT report citing sources said that further delay in supply of vaccines by SII can adversely affect the rollout of the immunization programme in Bangladesh as it is solely dependent on India for the doses despite offers from China.

“We agreed with them [Russia] on co-production [of the vaccine]… though it’s not finalized yet,” Momen told BSS in a recent interview.

Russia is expected to provide the technology and Bangladeshi pharmaceutical companies will produce the vaccine.

India has so far supplied 3.3 million doses of Covishield as grants to Bangladesh. The country also purchased seven million doses from SII.

The HT report said the supplies started in January and the last dispatch, which was 100,000 doses provided as grant, was on April 2.

Bangladesh has signed a commercial contract with SII for 30 million doses and as per the deal it should receive five million doses per month between January and June, said the HT report.

According to Bangladesh's Health Ministry, more than 723,000 COVID-19 cases have been registered in the country, with over 621,000 recoveries and about 10,400 related deaths.