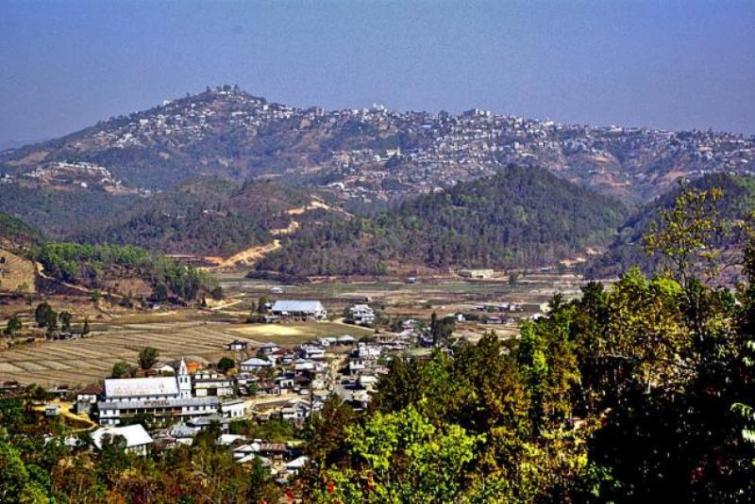 Agartala/UNI: The 24-year-long suffering of the displaced Bru families of Mizoram has finally ended as they started moving to the rehabilitation clusters made in Tripura’s Dhalai district as per the quadripartite agreement signed last year.

Tripura Chief Secretary Manoj Kumar said as many as 493 members of 426 families have left Hezacherra, Ashapara and Naisingpara relief camps in Kanchanpur in 14 buses for their settlements in Ambassa and Langtarai Valley subdivisions of Dhalai district today.

Altogether 252 members of 220 Bru families were provided resettlement at Haduklau hamlet of Ambassa and another 241 members of 206 families were shifted to Bongofapara locality in Langtarai Valley where government has made dwelling sheds for their temporary stay and under their supervision construction of pucca houses would be made as per the agreement.

Every Bru family living in the camps would get a 40x30 ft plot for building a pucca house besides, a fixed deposit of Rs 4 lakh, financial aid of Rs 5,000 per month along with free ration supply for the next two years, according to the agreement.

The Central government would provide an amount of Rs 1.5 lakh to every family for building, Kumar pointed out.

In January last year, the agreement for the settlement of the Brus in the state was signed by Tripura, Mizoram, Central governments and Bru organizations to settle about 40,000 people belonging to 5400 displaced Bru families, who had to leave their home and hearth following a communal attack in October 1997.

There were several rounds of talk for repatriation of Brus in Mizoram but the matter was unresolved because of disagreement between the Brus and the Mizoram government.

However, in the last 10 years, 1000 Brus have been rehabilitated in Western Mizoram but reportedly most of their problems were not addressed by the state government.

As a result, the remaining Bru families didn’t agree to go back to Mizoram and preferred to remain in Tripura.

“We have provided them with a temporary dwelling shed in their identified plot of land along with basic amenities like drinking water and electricity. They will be given the house building fund in a phased manner to ensure construction is done under their supervision and choice but the district administration will monitor the work,” said tribal welfare minister Mevar Kr Jamatia.

The Centre had sanctioned a package of Rs 600 Cr for Bru settlement in Tripura.

An amount of Rs 150 lakh has been given to the state government for land acquisition and the rest of the money will be spent for the welfare of the Brus and development of infrastructure in the localities.

So far, the state government has already identified as many as 20 locations for rehabilitating the Brus and targeted to complete the process by the current financial year.