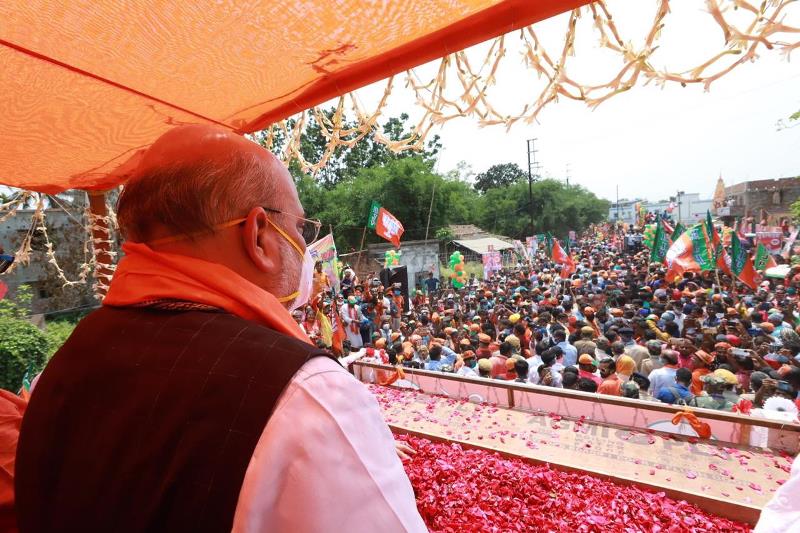 Kolkata/IBNS: The Bharatiya Janata Party (BJP) has cancelled all its scheduled big rallies and roadshows in poll-bound West Bengal with an immediate effect, in the wake of the massive rise in Covid-19 cases.

The rallies by BJP’s face, Prime Minister Narendra Modi and other key leaders, will be held with maximum 500 attendees.

Modi is scheduled to hold four more rallies in the state, which will go to the last three of eight phases of elections between Apr 22 and 29.

The announcement came after other political parties including the ruling Trinamool Congress (TMC) have cut short their political campaigns to fight the virus.

Earlier, Trinamool Congress supremo Mamata Banerjee on Sunday announced she won't be campaigning in Kolkata amid the spike in Covid-19 cases across the country including the eastern state.

She will only hold a rally at Beadon Street in north Kolkata here on the last day of campaigning on Apr 26.

During an interview with a Bengali news channel, the Chief Minister said, "I have decided not to campaign in Kolkata. I will only hold a symbolic rally on the last day of campaigning on Apr 26 at Beadon Street."

On Sunday, Congress leader Rahul Gandhi announced that he has suspended all his public rallies in West Bengal where assembly elections are being held in the light of Covid cases' spike.

He also urged other political parties to "think deeply about the consequences of holding large public rallies" in the present scenario.

"In view of the Covid situation, I am suspending all my public rallies in West Bengal. I would advise all political leaders to think deeply about the consequences of holding large public rallies under the current circumstances," Gandhi tweeted.

West Bengal is due for three more phases of polling.

The poll results will be declared on May 2.