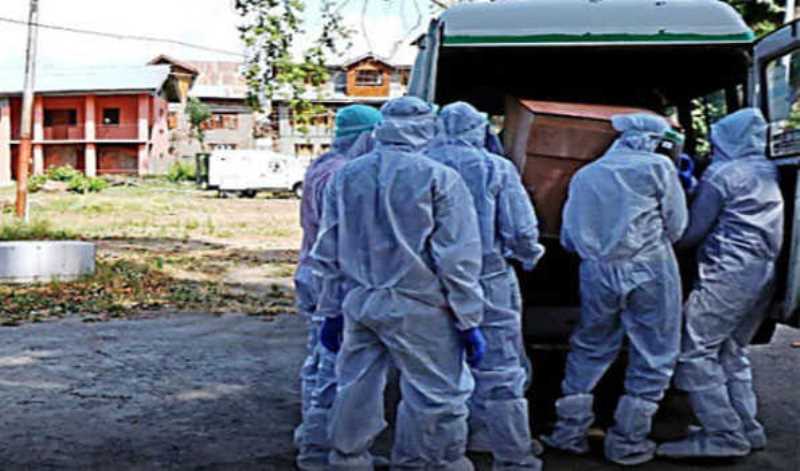 Ranchi/UNI: No matter what the state government data or the health department claims on Coronavirus deaths, the harsh reality can be gauged by a look at the long queue of ambulances with dead bodies at the Ghaghra river since Monday morning.

Unfortunately, for the dead, the wait for salvation turned out to be a very long one on Monday as the district administration ran out of wood for the funeral pyre.

Adding to the misery of the families of the deceased, the gas-based crematorium at Harmu meant for the cremation of the people dying of Coronavirus malfunctioned.

However, as the visuals showing the long queue of ambulances with the bodies waiting for a decent funeral went viral on social media, the district administration shaken out of slumber and rushed the wood for funeral from all parts of Ranchi to the cremation grounds.

As per the sources in the district administration, 38 bodies had been cremated till late evening, though the Ranchi SDO claimed that only 27 bodies have been cremated.

Ranchi Sadar SDO Utkarsh Gupta said that all the bodies will be cremated within 24 hours as the administration is alert and he himself is monitoring the arrangements at Ghaghra.

According to him, at present, there are no bodies awaiting cremation.

He even claimed that the gas-based crematorium has been repaired and the process of cremation has commenced.

On Sunday, the last rites of 116 people who died of Covid-19 were conducted in the capital across the five cremation ghats and two burial grounds.

On April 15, also, 100 bodies were either cremated or buried.

However, the data released by the Health Department on late Sunday night said only 11 people had died due to Coronavirus in the city.