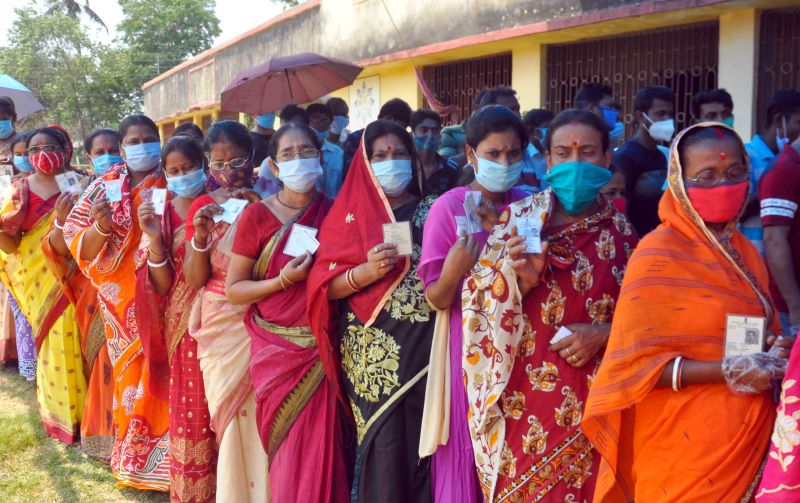 Kolkata/IBNS: India's one of the most populous states, West Bengal, on Saturday voted in the fifth phase of assembly elections as the fierce contest between the Hindu nationalist Bharatiya Janata Party (BJP) and its tough opposition force Trinamool Congress (TMC) are engaged into a fierce electoral battle amid the massive spike in Covid-19 cases.

Forty-five seats spanning across five districts of the large state went into polls on Saturday as voting began early in the morning.

Till 5 pm, the voter turnout, as per the information generated by the poll body (Election Commission of India), in the seats which went to voting was 78.36% with three districts- Jalpaiguri, East Burdwan and Nadia- registering a turnout even more than 81 per cent. 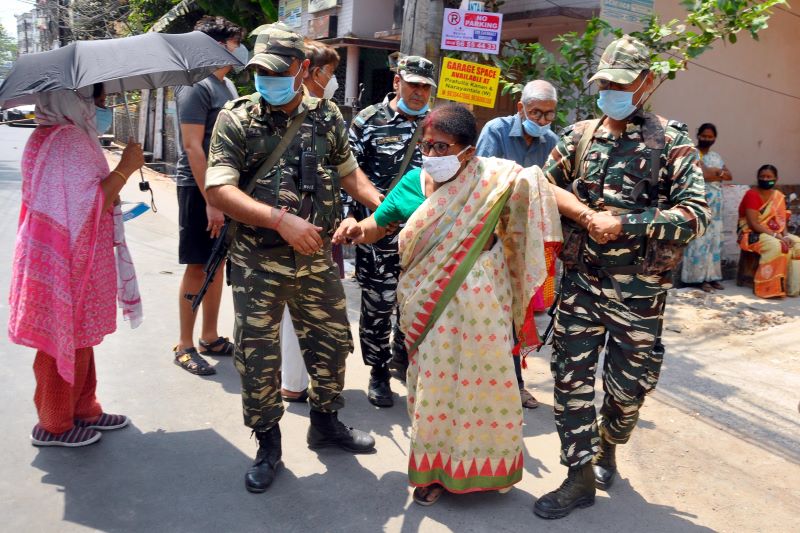 The five districts, many of which are aimed by the BJP to consolidate its votebank, witnessed disperate incidents of poll clash though major violence was not seen throughout the day.

319 candidates were in the fray across all political parties which also include Congress and Left parties, which are fighting to regain their lost political ground in the state, which was ruled by the Communists for decades.

The voting occurred in the backdrop of a viral audio tape, which was officially released by the BJP on Friday evening, where West Bengal Chief Minister Mamata Banerjee, who heads the TMC, was purportedly heard instructing her candidate from Sitalkuchi, Partha Pratim Roy, to frame police officials in a firing incident, which took place during the fourth phase of elections on Apr 10. 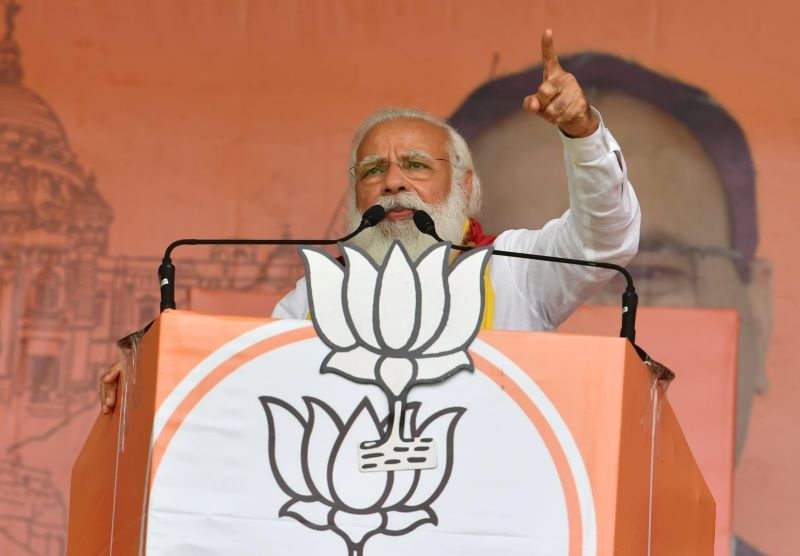 Citing the audio tape, which has not been verified by IBNS independently, the BJP has complained with the poll body that Mamata was trying to polarise votes on the basis of religion as the issue was also brought up by Prime Minister Narendra Modi during his campaign for the BJP on Saturday in the state.

Modi, the posterboy of BJP, slammed Mamata saying her politics was not limited to just "protests, but it has crossed a dangerous limit of vengeance".

Not calling the tape fake, the TMC has alleged that its supremo's phone is being tapped by the central agencies, an allegation which is often raised by various political parties in the country.

The eastern state of India will go through three more phases of elections on Apr 22, 26 and 29. 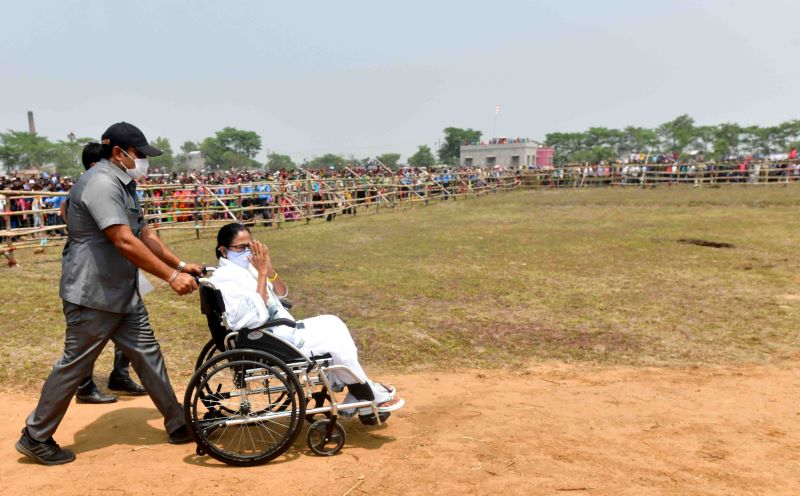 Mamata Banerjee waving supporters at an election rally in support of party candidates at Golsi in Purbo Bardhaman on Saturday (Image Credit: UNI)

While the TMC is aiming to return to power for the third uninterrupted term banking on Mamata's charismatic leadership, Modi, the most populous leader of the country, is trying to extend his BJP's wings to the state, which it has not won ever.

The poll results will be declared on May 2.