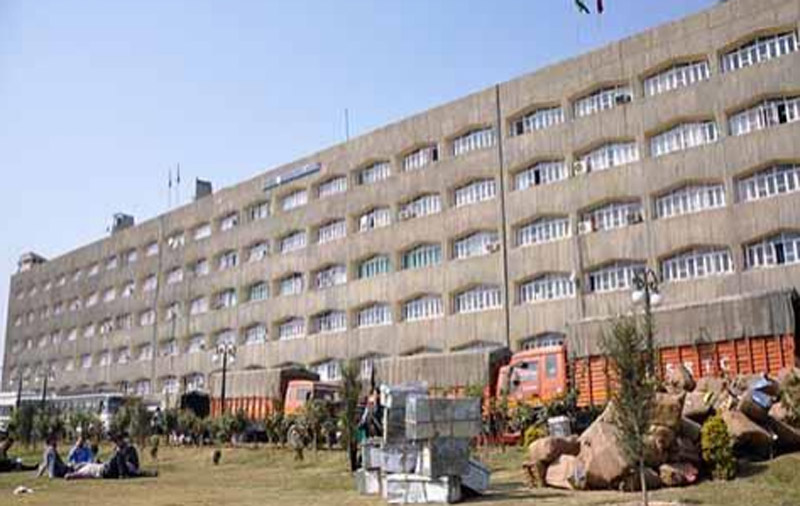 Srinagar: Citing upsurge in Covid cases, the J&K government Thursday said that it has deferred the Darbar Move from Jammu to Srinagar.

In a series of tweets, LG Manoj Sinha said, “As J&K is witnessing surge in number of Covid cases, the threat it poses to people/staff on the move and the implementation of e-Office in both the Secretariats and in move offices, it has been decided to defer the Darbar Move this time.”

“In view of sharply rising cases of COVID in J&K, the government has taken a few important decisions ensuring safety of employees. Darbar Move deferred because of COVID; Secretariat to function in both Srinagar and Jammu; Office functioning not to be affected because of e-Office,” he further tweeted.

“However Secretariat will function in both Srinagar & Jammu with staff equitably split between two. Secretaries will function from both locations in an equitable manner. Office functioning will not be affected as files to move electronically between both Secretariats in e-Office,” Sinha tweeted.

He said the Secretariat would continue to function through its e-office in both the capital cities of Jammu and Srinagar “so that the public at large is not inconvenienced at either capital.”

Later, an official handout further elucidating the decision said, “The functioning of the dual-secretariat will ensure uninterrupted functioning of the UT administration while reducing the need for longdistance travel of the public.”

The official statement pointed out, “During a high-level meeting it was observed that a complete shift of Darbar offices to Srinagar from April 30 can jeopardize COVID-control efforts in Jammu and Kashmir.

As elsewhere in the country, the number of COVID cases in the Union Territory is at an all-time high and requires uninterrupted attention for effective monitoring and control.”

“The government has directed the Administrative Secretaries to put in place a robust mechanism for holding virtual offices through e-office and use online/electronic/video conferencing/other modes of communication at the two capital cities. J&K Secretariat has already switched over to a paperless office by rolling out the prestigious e-office project. As such, most of the official record is available on the web cloud which can be easily accessed and retrieved by the authenticated employees’ accounts anywhere, anytime.”

“It was also decided that GAD will issue orders regarding ‘move HoDs, all of whom will also need to shift to e-office. This will apply to all HoDs, barring a few,” it added.

In the wake of Covid pandemic, the Darbar Move to Srinagar was deferred last year also till June 15.

This year, the move offices and the Raj Bhavan were scheduled to close in Jammu on April 30 and start functioning from May 10 in Srinagar as part of the bi-annual Darbar Move.