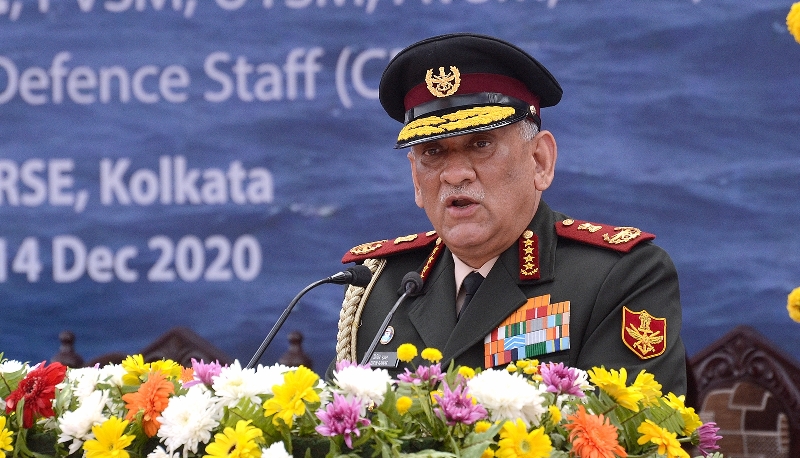 India has stood firm on northern border with China: Rawat

Speaking at the Raisina Dialogue here, Rawat was quoted as saying by ANI: "India has stood firm on the northern borders, and we have proven that we will not get pushed. In whatever we have been able to achieve in standing firm, in preventing a change of status quo, we have been able to gather world support."

"The international community has come forward to say that there is an international-based rules order and every nation must follow," he said.

Rawat said "they (China) was trying to get into a limited conflict" thinking that "we are superior in technologies".

Rawat said that China thought India will succumb to its pressure because of their technological advances.

"They have tried to ensure that they can change the status quo by the use of disruptive technology, without using force. As of now they have not used force. They thought that India as a nation will succumb to the pressures that they are putting on us, because of the tech advances that they have." Rawat said.