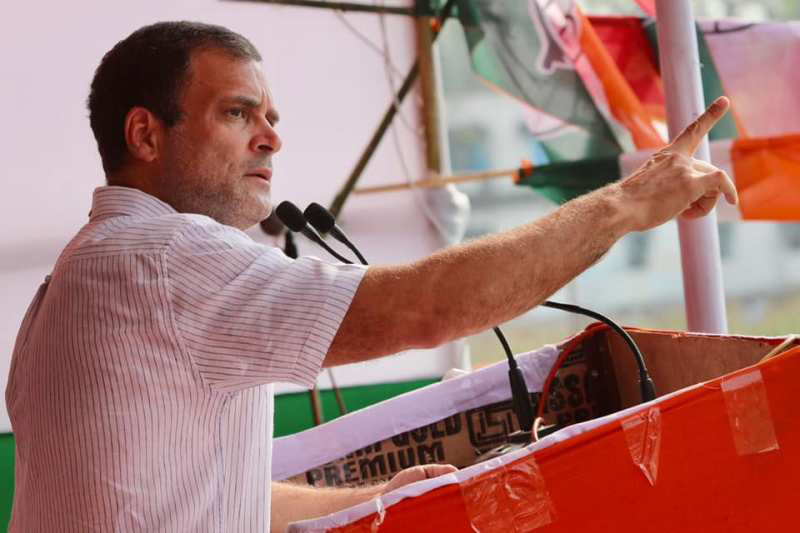 He alleged Modi only knows how to give speeches and is the puppet of two-three industrialists.

Gandhi said the Prime Minister made country bang utensils, use flashlights on mobiles instead of planning to fight coronavirus.

“I advised Mr Modi last year about coronavirus in February, I was mocked by media for it,” he said.

He said getting people to fight each other is in BJP's DNA.

Earlier in Goalpokhar, he said the BJP is trying to destroy Bengal and its culture.

“They (BJP) want to destroy and divide Bengal, they are doing the same thing in Assam and Tamil Nadu," Gandhi said.

He said if Bengal is divided, the loss will be of the Bengali people.

He said the saffron party has nothing to offer except for hatred, violence and dividing people on the basis of language, religion, caste and creed.

"In every state, they say similar things like Sonar Bangla. But, they only offer dividing people on the basis of religion, caste and language," Gandhi said.

"See what happened in UP - people are dying of corona. Hospitals are full of dead bodies, the Chief Minister (Yogi Adityanath) has no sense," he said.

The Congress leader said Bengal gave an opportunity to Trinamool Congress (TMC) but they failed.

On "cut money" culture in Bengal, he said, "You gave an opportunity to TMC. But, they failed. People of the state have to venture out in search of jobs. This is the only state where you have to pay cut money to get jobs."

Gandhi took a dig at Chief Minister Mamata Banerjee and said his party would never align with the BJP and the RSS, unlike the TMC, which in the past had been an alliance partner of the saffron party-led NDA.

The Congress leader ridiculed TMC's poll slogan "Khela Hobe" and said that serving people and playing games in this regard are not the same.”