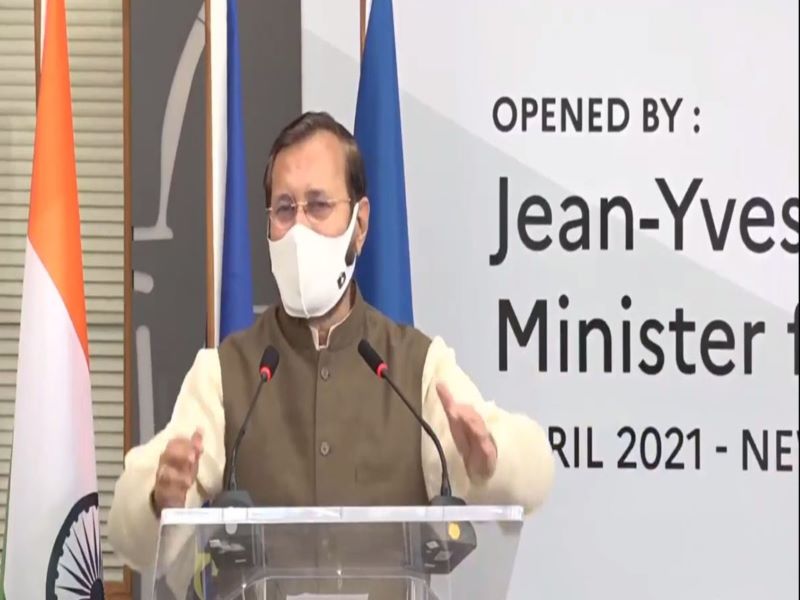 India will not increase its climate ambitions at the behest of developed countries : Javadekar

New Delhi/IBNS: Union environment minister, Prakash Javadekar on Wednesday said that India will not raise its climate ambitions under the influence or under pressure from developed countries, said media reports.

Speaking at a panel organised at the Embassy of France to mark the Official Visit to India of Minister for Europe and Foreign Affairs of France, Jean-Yves Le Drian, Javadekar emphasised India has the right to develop and its poor have the right to grow, adding that India will walk the talk on climate change as it has has already been and raise its ambition based on national circumstances, reported Hindustan Times.

“You are aware that the objective of the Paris Agreement is to limit global warming to 2 degrees Celsius or even 1.5 degrees Celsius by the end of this period compared to pre-industrial levels. If we do not succeed in doing so, the consequences will be disastrous…That’s why it is absolutely indispensable that all countries increase their climate commitments by the time the COP26 [2021 United Nations Climate Change Conference] takes place in Glasgow, as required by the Paris Agreement,” Le Drian said in his address

“This increase in ambition must include setting new nationally determined contributions by 2030 and also long-term strategies to achieve carbon neutrality. We must stop building new coal-based power plants and it is essential that we progressively stop this mode of electricity production at a global level,” he added.

“Let me today give some context. Yes, we are suffering. We are seeing higher temperatures, unusual rain, hurricanes, frequency of such abnormal events has increased. But let us not forget that this is not a new phenomenon that has arisen in the past few decades. For 150 years this has been happening, because carbon emissions remain in the atmosphere for more than 150 years, so what we are suffering today was caused 150 years ago. The countries EU, US and in the last 30 to 40 years China, they emitted and therefore the world is suffering, India is suffering,” Javadekar said in his speech following Drian’s address, the HT report stated.

“In climate debate historic responsibility is a very important aspect. We cannot just forget and we will not allow anybody to forget it. The historical emissions responsibility today of is China 28%, USA 40%; Europe 10% and India is only 3%. We are not responsible for the climate change that is happening but India is a responsible nation. It will do the right thing to deal with climate change. Principle of common but differentiated responsibilities (CBDR, a principle under the Paris Agreement requires richer countries to lead and take historical responsibility for the emissions caused in the past by them.) is important. Yes, as we are facing a grave common threat we all will have to act but those who have polluted will have to act more,” Javadekar added.

According to the report, Javadekar said the commitment of  100 billion dollars per year by 2020, which increased to 1.1 trillion dollars has not come through.

“Where is the money? There is no money in sight. You have polluted, destroyed the world and brought climate change. And now you are saying don’t use coal. The alternative technology has to be much cheaper than coal only then people will do away with coal. India is not a major emitter. People say in sequence that we are the fourth largest emitter. How? Coal consumption of China is 4 billion tonnes this year. Ours is not even 1 billion tonne. How are we comparing apples with oranges?” he asked.

Javadekar appealed to the developed countries to keep their word on finance commitments.

“They should make technology at an affordable cost. Climate change is not a business. Fighting climate change is our duty. World has agreed to supply anti-AIDS drugs at a lower cost because AIDS is a disaster. We should not profit from a disaster…therefore, we will walk the talk, raise our ambition but not at the behest or pressure from other countries,” he said, the HT report added.