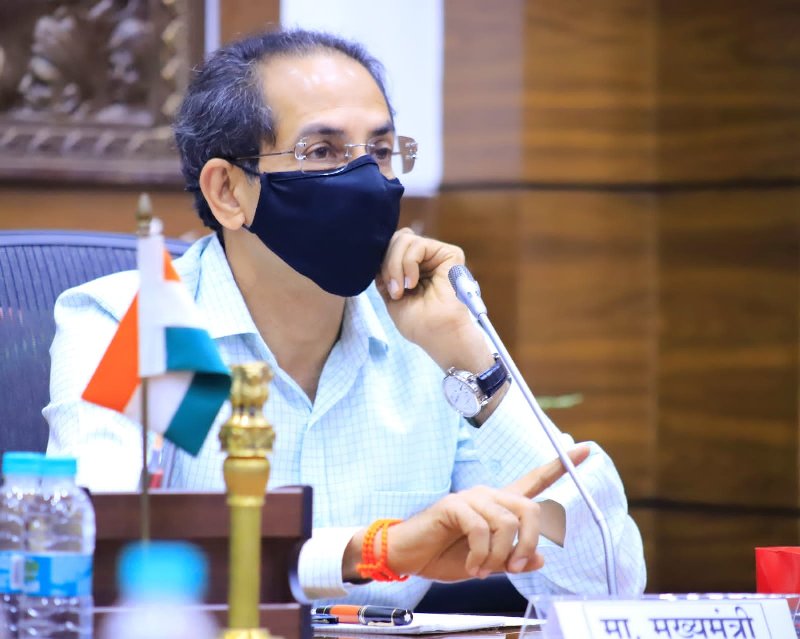 Mumbai/IBNS: Maharashtra Chief Minister Uddhav Thackeray on Tuesday announced a 15-day ban on large gatherings in the state starting tomorrow in order to curb the increasing spread of the coronavirus, stating that cases were "exploding dangerously" and that the "war has begun."

In an address to the people of Maharashtra, Thackeray said: "From tomorrow, Section 144, which bans gathering of more than four people, would be in place across Maharashtra and only essential travel would be allowed."

He also said from 7 am to 8 pm, only essential services would function.

Emergency services that will be allowed are medical, banks, media, e-commerce and fuel.

No one will be allowed to venture out without valid reason, the order said, adding, all establishments and public places will remain shut for the next 15 days.

"Last year on Gudi Padwa we had hoped for a corona-free festival this year… But now the war has begun again. And this time the cases are exploding dangerously," Thackeray said.

Hospitals, diagnostic centres, clinics, vaccinations, medical insurance offices, pharmacies, pharmaceutical companies, other medical and health services including supporting manufacturing and distribution units along with the dealers transport and supply chain will be allowed to operate.

Public transport services including airplanes, trains, taxis, autos and public buses will be allowed to ply.

Amid the alarming rise in the cases, four covid patients allegedly died due to lack of oxygen availability at Jawaharlal Nehru Hospital in Nagpur on Tuesday, UNI reported quoting sources.

Thackeray in his address requested the army's help in tackling the oxygen and medicine crisis in the state.

"Now we have 1,200 MT production of oxygen and we are using it all for medical purposes. We are using it to the hilt. I told PM (Prime Minister Narendra Modi), looking at the condition, that in the coming days we will need Oxygen," he said.

"We are requesting the PM that instead of bringing oxygen by road, if we can take military's help and get it via air," the CM added.