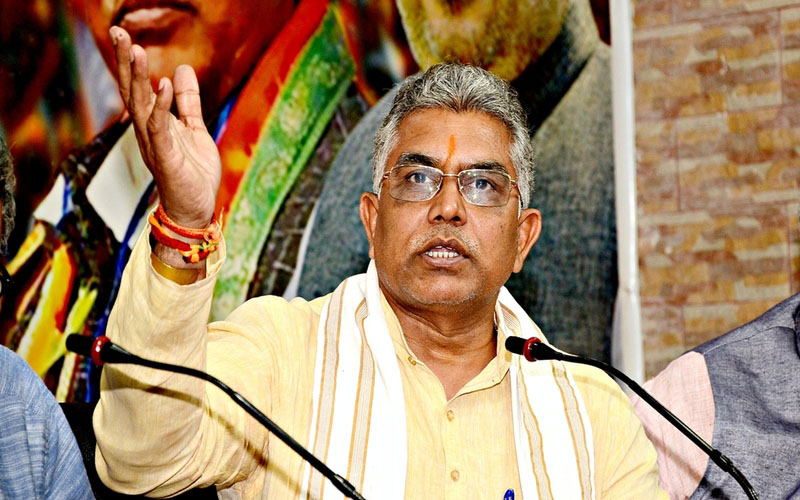 According to sources in the ECI, Ghosh has been asked to explain his stand on the statement he made by 10 am. on Wednesday.

Earlier on Apr 11, a day after the Sitalkuchi violence, Ghosh during a public meeting in North 24 Parganas' Baranagar said that Sitalkuchi-like incidents would be repeated in other places too if people take the law in their own hands.

"Naughty boys were shot yesterday in Sitalkuchi. This is just the beginning. Those who thought that the Central forces' rifles were just meant to be just for show have well understood the power of cartridges, and this would be carried on throughout Bengal," Ghosh said in the rally.

"Those who will take the law in their own hands will be given a befitting answer," Ghosh added.

Hours ago, the poll body imposed a 48-hour campaign ban on BJP leader Rahul Sinha over his controversial remarks on the Sitalkuchi incident.

Meanwhile, after receiving BJP's Nandigram candidate Suvendu Adhikari's explanation to a show-cause notice, the ECI has warned Adhikari and advised him to desist from making 'hate speech' during public meetings while the Model Code of Conduct (MCC) is in force in the state.

All these come a day after West Bengal Chief Minister Mamata Banerjee was banned for 24 hours over her alleged communal remark.