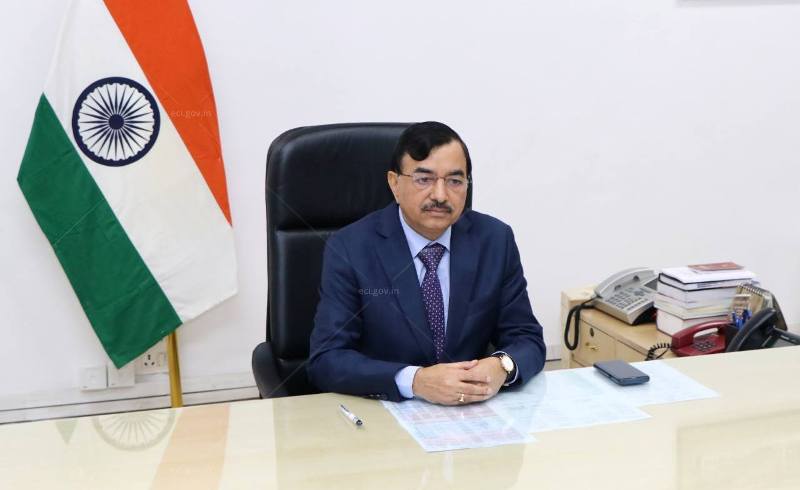 New Delhi/IBNS: Sushil Chandra has been appointed as the new Chief Election Commissioner of India and will take charge from Tuesday itself.

He will serve the office for a little under a year before retiring on May 14, 2022.

Chandra, who was appointed Election Commissioner in 2019, will replace Sunil Arora as India's top poll official.

During his term in office, he will oversee the conduct of Assembly polls in the states of Uttar Pradesh, Punjab, Goa, Uttarakhand and Manipur.

As an Election Commissioner, Chandra supervised assembly elections of more than 10 states and worked towards making the entire nomination process during polls online.

The outgoing Chief Election Commissioner Sunil Arora oversaw the conduct of the 2019 Lok Sabha election and the Bihar Assembly election in October and November last year amid the coronavirus pandemic.

He has been also overseeing the conduct of Assembly elections of West Bengal, Assam, Tamil Nadu, Kerala and Puducherry.

In his final acts at the office, Arora has imposed a ban of 24 hours on West Bengal Chief Minister Mamata Banerjee from campaigning in any manner from 8 pm of April 12 till 8 pm of April 13.