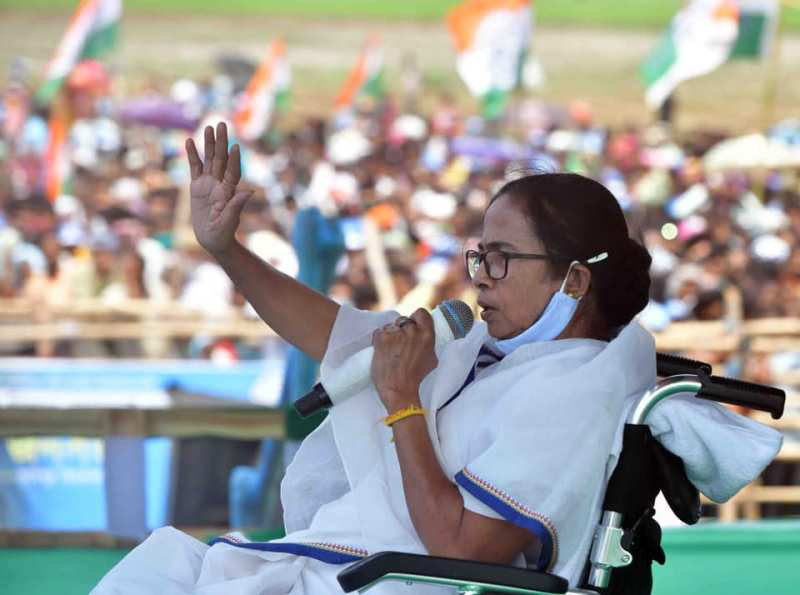 Mamata responds to EC show cause notice, stands by her call to Muslims to vote unitedly

Kolkata/IBNS: West Bengal Chief Minister Mamata Banerjee on Thursday stood by her call to Muslims to vote unitedly, in a reaction to the Election Commission (EC)'s show cause notice.

Mamata during one of her campaign rallies had urged Muslim voters not to divide their votes, falling in the trap of the Bharatiya Janata Party (BJP).

"I would request all of you not to vote for the person (Abbas Siddiqui) who has been floated by the BJP to divide the (Muslim) votes," the Trinamool Congress (TMC) supremo had said.

Reacting to the EC notice, Mamata on Thursday said, "It doesn't matter even if they (EC) send 10 notices. I will again say all Hindus, Muslims vote for us unitedly. Why doesn't the EC serve notice to the Prime Minister who passes communal remarks on TV (rallies) everyday?"

Mamata has been referring to Furfura Sharif cleric Abbas Siddiqui, who has floated a party, Indian Secular Front (ISF), and joined the hands of the Left and Congress in the ongoing elections.

While the TMC enjoys a lion's share of the Muslim votes in the state, Mamata's call is seen as a bid to further consolidate her votes even after facing an opposition from the ISF.

Taunting the Chief Minister, Modi in one of his latest rallies had said, "You are appealing to one community to remain united. This shows the community, which was your vote bank, is also running out of your hand."