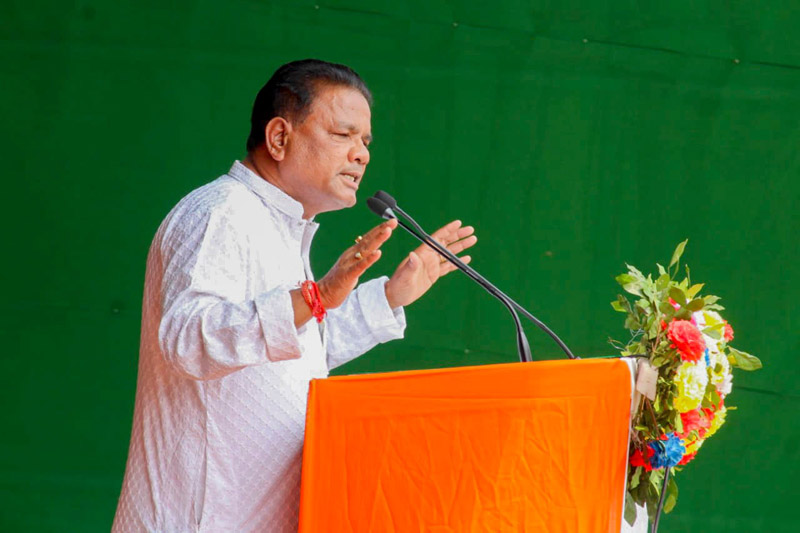 Guwahati/IBNS: The Congress party has demanded the Election Commission of India (ECI) to provide access /link of the CCTV cameras of the strong rooms to the contesting candidates where Electronic Voting Machines (EVMs) are kept before counting of votes.

Assam Pradesh Congress Committee (APCC) president Ripun Bora on Wednesday had sent a letter to the Chief Electoral Officer (CEO), Assam and requested him to provide access/link of the CCTV surveillance of the strong rooms to each contesting candidate of the current assembly polls in the state.

"On behalf of the Assam Pradesh Congress Committee and All India Congress Committee I would like to request before you that considering the several unwanted incidents already reported in respect of the EVMs and the discrepancy aroused in connection with the EVMs in several places of the state during the election phases, it has now become very much essential to ensure protection the EVMs from rigging by any means after conclusion of all the three phases of election in the state to protect the interest of democracy,” said in the letter.

“As the strong rooms are already under CCTV surveillance with its access to the concerned Election Officers to ensure its protection, it would also afford satisfaction to the contesting candidates if the access/link of those CCTV surveillances is provided to them and the same will definitely ensure holding of the present assembly election in the state in a fair and impartial manner,” Ripun Bora said in his letter.

The APCC president also said while addressing a press conference held in Guwahati that, the Election Commission should provide the access/link of the CCTV cameras to each contesting candidate.

He also alleged that the Election Commission has worked under pressure from the BJP government.