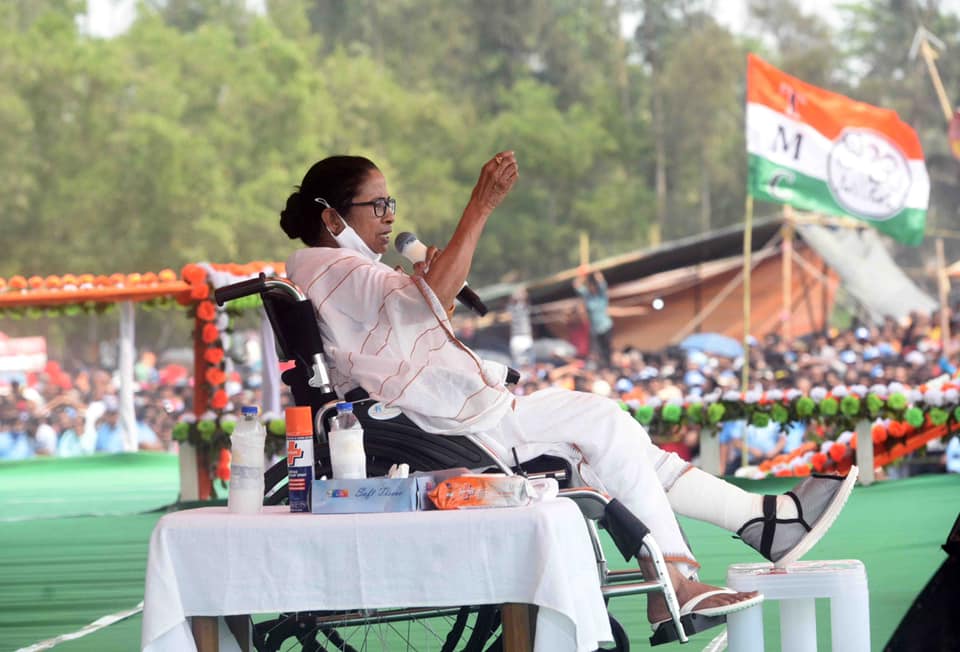 Kolkata/IBNS: Hours after West Bengal Chief Minister Mamata Banerjee, during an election campaign in Cooch Behar, had directed the women supporters of her Trinamool Congress (TMC) party to gherao the Central paramilitary forces on election duty if they create nuisance and obstruct voters on the poll day, the Election Commission of India (ECI) on Wednesday late evening sought a report from the district administration regarding the matter.

Earlier in the afternoon, while addressing a public meeting in Cooch Behar's Sitalkuchi, TMC chief Mamata Banerjee criticized the role of Central paramilitary forces during the election.

"We want a free, fair and peaceful election in the state, and the public should be allowed to cast their votes. CRPF should not obstruct them from entering the polling station," Banerjee said.

"I respect the CRPF personnel who are real jawans, but I don't respect BJP CRPF who have entered the state and are creating a nuisance, attacking women and harassing people during the polls at Home Minister Amit Shah's behest," she added.

"I would tell the women if CRPF personnel create nuisance and obstruct you from going to polling booths, gherao the CRPF and cast your votes, do not waste it," Mamata Banerjee said in the rally.

Later in the evening, a BJP delegation met the CEO, West Bengal in Kolkata, and put forward a complaint against Mamata Banerjee over her 'gherao CRPF' speech before him.

According to sources in the ECI, the CEO has asked the Cooch Behar district administration to submit a report regarding the matter and file video footage of the CM's speech in Sitalkuchi.