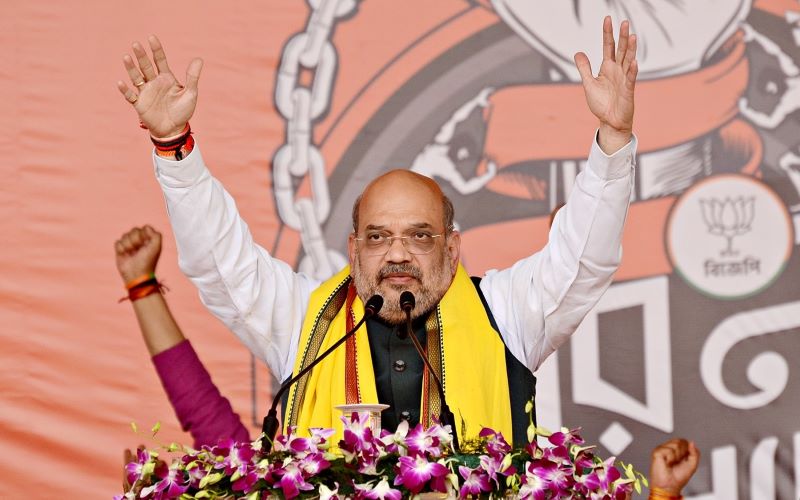 New Delhi/Jagdalpur, Apr 5 (UNI) Union Home Minister Amit Shah on Monday said that the sacrifice of the security forces will not go in vain and the Government is committed to taking this operation to the decisive and logical end.

Speaking to media after chairing a security review meeting in Jagdalpur, he said in last few years, the counter operations against the Maoist cadre has reached a decisive point and this unfortunate incident has added more resolute to the endeavours of security forces to continue this operation to a logical end.

“I, along with Chhattisgarh CM Bhupesh Baghel, chaired a meeting with the senior officials of the state police and CRPF and all of them were in strong opinion to continue this counter offensive operation with more intensified in coming days. This indicates that the moral of the forces is still high”, Shah said.

Paying homage to the martyrs on behalf of Prime Minister Narendra Modi and the entire country to the slain police personnel of the Chhattisgarh police, CRPF’s CoBRA and Bastaria Battalion, Shah said. He assured the martyrs' families that the fight against Naxals will not be halted or reduced rather, it will be more offensive in days to come and taken to a logical conclusion.

He said that the Modi Government's priority is to end this menace at the earliest besides ensuring that the forces are victorious in the ongoing operation against Maoist in the country.

“In last five six years, we have achieved success in setting up our security camps in the hardcore areas of the Naxal dominance in Chhattisgarh whereas the state Government and the Centre in a joint effort, gained more and more dominance in their areas of influence which has been now shrinking in fast pace”, the Home Minister said.

He also said that the pace of the development works in Chhattisgarh has sped up, though there was a slight delay because of the Covid-19 pandemic. Suggestions of the Tribal Ministry, state government or Members of the Parliament are being executed in these areas in coordinated efforts with state Government. Also, both development works and counter offensive operations are to continue, he said.

In a message to the bereaved families, Mr Shah reiterated that the nation will never forget the supreme sacrifices of their son, brother or husband. The sacrifice has made the determination of the security forces firmer.