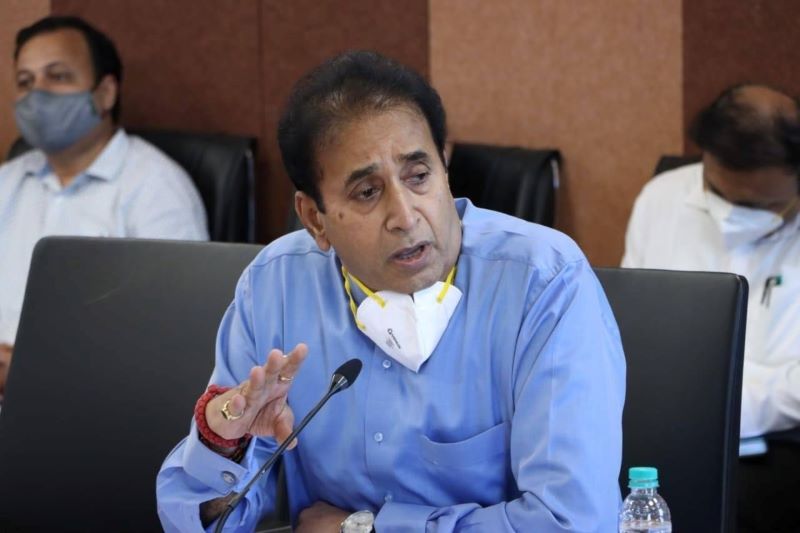 Singh, who was transferred to a low-key Home Guard in the aftermath of the investigation in connection with the Mukesh Ambani security scare case, accused Deshmukh of interference in police investigations and alleged that he asked police officers to conduct probes in the manner desired by him.

In his petition to the Supreme Court last month, Singh had said his transfer is a malicious move to suppress him as he was transferred immediately after he brought Deshmukh's corrupt practices to the notice of Chief Minister Uddhav Thackeray and other senior leaders.

Singh was replaced at the insistence of Nationalist Congress Party (NCP), one of the constituents of  Maharashtra Vikas Aghadi (MVA) coalition. Deshmukh, who is a senior NCP leader, had justified Singh's removal citing 'unforgivable' lapses revealed in the investigation of the Ambani security scare case.

In his letter to Thackeray, Singh alleged that Deshmukh had a target to collect Rs 100 crore every month and used several police officers, including former head of Crime Intelligence Unit of the Crime Branch of the Mumbai Police Sachin Vaze, for extorting money from restaurants, pubs, bars and hookah parlours in the city.

The Bombay High Court on Monday directed the Central Bureau of Investigation (CBI) to carry out a preliminary probe into Singh's allegations against Deshmukh within 15 days.