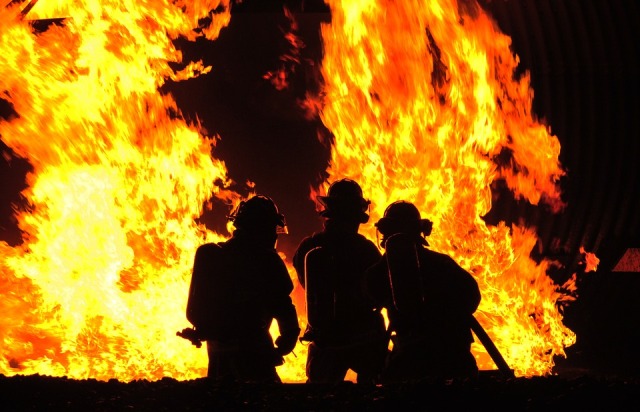 Around 150 patients evacuated after fire breaks out at UP hospital

Lucknow/IBNS: Around 150 patients were evacuated after a fire broke out in the cardiology department of a government hospital in Uttar Pradesh's Kanpur town on Sunday morning, media reports said.

There were no immediate reports of casualties.

At least 146 patients were admitted in the LPS Institute of Cardiology, part of the UP government-run Ganesh Shankar Vidyarthi Medical College located in the Kanpur town.

As the fire broke out around 8 am, all the patients were evacuated and moved to safety.

At present, the fire is under control and nine patients are still in the ICU but they are medically safe and sound, police told the media.

The Uttar Pradesh government has ordered a probe into the incident.

"The Chief Minister has taken cognisance of the fire in the cardiology department building at Kanpur. He has directed that all evacuated patients be provided immediate care. He has asked for a report from the District Administration and directed that a high level team of Princial Secretery Health Education and DG Fire should visit the site today and give its report immediately," the government said in a statement.