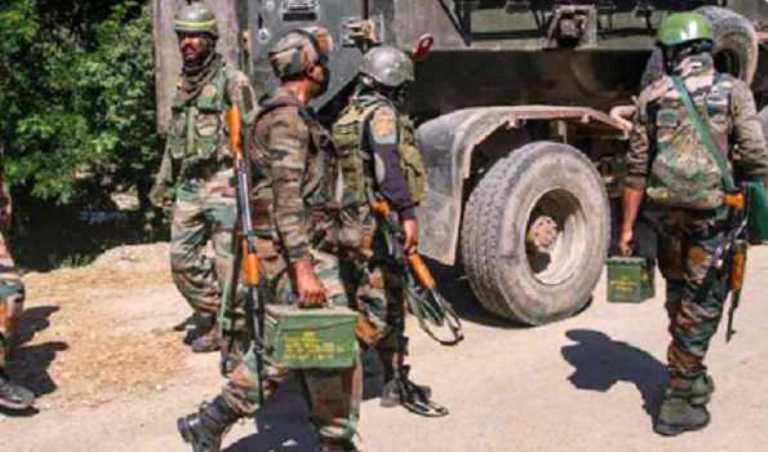 Srinagar/UNI: Two unidentified militants were killed and a soldier was martyred in an encounter which ensued on late Saturday evening during a Cordon and Search Operation (CASO) in south Kashmir district of Shopian, a defence ministry spokesman said on Sunday.

The operation was going on when the reports last came in, he said.

However, when the security forces were moving towards a particular area in the village, militants hiding there opened fire, he said adding security forces retaliated ensuing in an encounter.

Trapped militants were asked to surrender who continued firing, he said.

In the initial encounter, a militant was killed and two soldiers injured. Later one of the soldier died while another was shifted to 92 Base hospital, Srinagar.

He said that the encounter continued during the night in which another militant was killed.

So far one MI one and one AK rifle were recovered from the encounter site.

Meanwhile, additional security forces and police have been deployed in the adjoining areas to prevent any law and order problem.