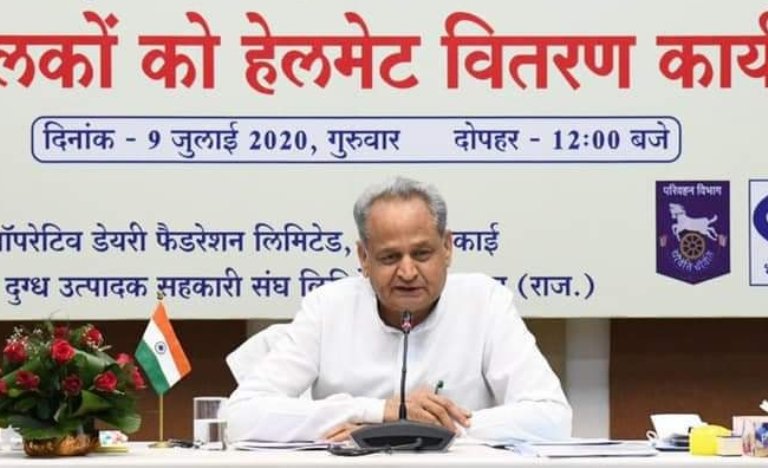 Jaipur/UNI: Rajasthan Chief Minister Ashok Gehlot on Tuesday urged the Central government to hold talks with farmers who have been protesting at Delhi's border since November 26, seeking the repeal of three farm laws enacted by the Centre last year.

"The farmers have been protesting against the three farm laws for more than four months now. The Central government needs to hold talks with the agitating farmers to dissolve the issue," the Chief Minister reiterated while virtually unveiling the statue of former Congress leader Hari Singh Mahwa at Khedla Bujurg in Dausa district.

He added that the people could be adamant but the government should not be adamant about the needs of the people.

Talking about COVID-19, Gehlot said that people should wear masks and practice social distancing as COVID cases have started rising again across the country.

On the occasion, he announced to upgrade Dausa district to sub-tehsil level. He also announced to build a stadium after Hari Singh Mahwa.