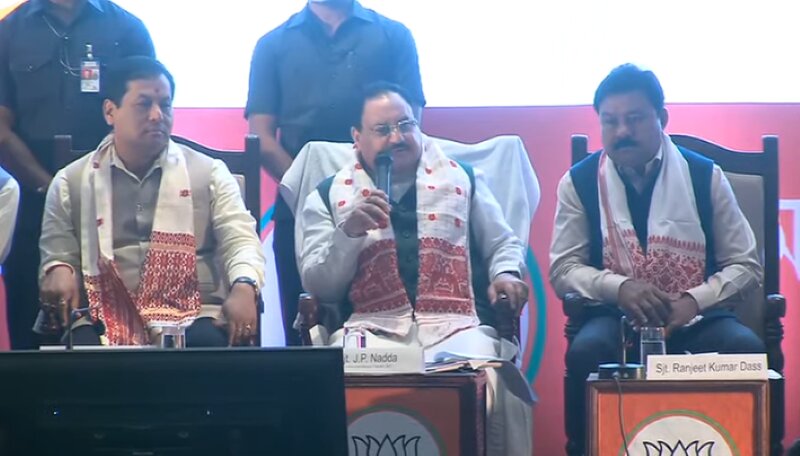 CAA will be implemented in letter and spirit: BJP chief JP Nadda in Assam

He said a correction version of National Register of Citizens (NRC) will be conducted. Earlier the NRC had excluded 19 lakh people including 14 lakh Hindus.

Nadda's comment came a year after Assam, like the rest of the country, witnessed violent protests against the new citizenship law, which aims to grant citizenship to Hindu, Sikh, Christian, Buddhist, Parsi, Jain but not Muslim refugees who came to India from Pakistan, Bangladesh and Afghanistan before 2015.

In contrast to the reasons behind the protests in other parts of the country, Assam people took to streets protesting against the CAA fearing the influx of refugees would alter the identity of the state.

Nadda's comment came a day after Union Home Minister and BJP strongman Amit Shah promised the implementation of the CAA in West Bengal, if the party comes to power in the elections scheduled to begin on Saturday.

Though earlier the BJP had stated the state has no say in CAA, Shah on Sunday said the law will be implemented in the first cabinet meeting of its government if formed on May 2 (result date).