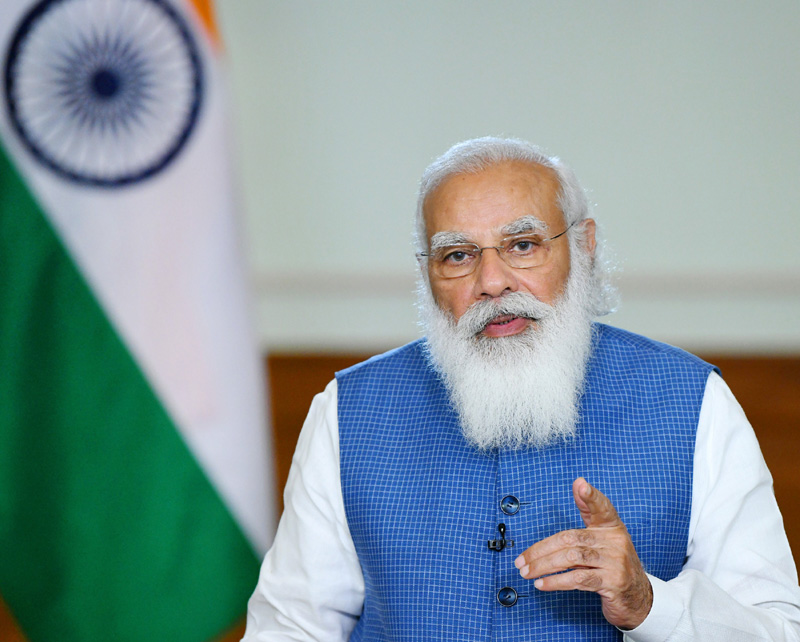 Dhaka: Orakandi temple in Bangladesh is gearing up to welcome Indian Prime Minister Narendra Modi who is expected to visit it during his two-day trip to the neighbouring nation this week.

The temple bears significance as it is the sacred shrine of the Mathua community.

Subrato Thakur, chairman of Kashiani upazila parishad, and also a member of Thakur Family, told The Daily Star, "All the family members along with all the followers of Harichand Thakur, the founder of the 'Matua' community, are very happy as the Indian Prime Minister Narendra Modi is likely to visit Orakandi. We the family members of Harichand Thakur are painting the temple."

Padmanav Thakur, president of Bangladesh Matua Mahacommission, told the newspaper, "We came to know that Indian Prime Minister Narendra Modi will pray at the temple of Harichand Thakur. He will also exchange views with the family members of Harichand Thakur."

The government is constructing four helipads, 500 metres of road and a rest house on the occasion of PM Modi's visit, added Subrato Thakur.

Md Habibur Rahman, engineer of Kashiani Upazila Local Government Engineering Department (LGED), told the newspaper, "We have been making four helipads and 500 metres of HBB roads inside Thakur Bari. We have also been repairing eight kilometres road from Tilchor of Dhaka-Khulna Highway to Thakur bari and 600 metres road from Rahut- Thakurbari entrance."

A senior policeman said all security measures are being ensured for the visit of the Indian leader.

Replying to a question by The Daily Asian Age about the works underway, Housing and Public Works Ministry Secretary ShahidUllah Khandaker said because of Indian Prime Minister's visit to Orakandi, PWD is working constructing a guest room.

The officials of the Indian High Commission in Bangladesh have already visited Orakandi to lay the groundwork for Modi's visit, Matuacharya Padmanabha Thakur, head of Bangladesh MatuaMoha Mission, told the newspaper.

At the invitation of Bangladesh Prime Minister Sheikh Hasina, Modi will be visiting Bangladesh on Mar 26,  27, 2021.

This visit is in connection with the commemoration of three epochal events - Mujib Borsho, the birth centenary of Sheikh Mujibur Rahman; 50 years of the establishment of diplomatic ties between India and Bangladesh; and 50 years of Bangladesh’s war of liberation. The Prime Minister had last visited Bangladesh in 2015.

During the visit, the Indian Prime Minister will attend the National Day programme of Bangladesh on March 26, as the guest of honour.