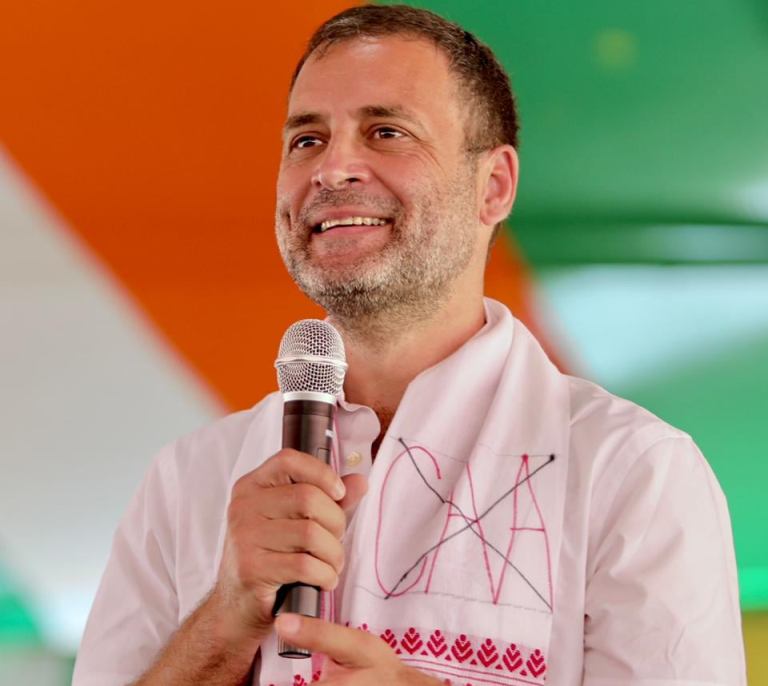 Guwahati/IBNS: Congress leader Rahul Gandhi on Friday said that, if his party is voted to power in Assam, then he will ensure that the Citizenship Amendment Act (CAA) is not implemented in Assam.

Interacting with the college students at Lahowal in Upper Assam’s Dibrugarh district, Rahul Gandhi said that – “If the Congress party will come to power in Assam, then we will stop implementation of the CAA in the state.”

Wearing an Assamese traditional gamosa with ‘anti-CAA’ marks, Gandhi had tried to send a message to the people of Assam who opposing the CAA.

“Our government will stop implementation of the CAA in Assam. We will bring a law in the assembly against the CAA. We will able to stop the act in other states if our party forms the government at the national level,” Gandhi said.

Raising various other issues including farmers’ issue, unemployment issue, Indian economy, Gandhi said that one force in Nagpur is trying to control the entire country.

“It is not their love, they only want the wealth of the country,” Rahul said.

He also said that BJP has promoted and is selling hatred to create divisions among the people.

After declaration of the assembly poll dates, it is his first visit to the poll-bound state.

He will address two election campaign rallies at Mariani in Jorhat district and Gohpur in Sonitpur district on Saturday.

Earlier on February 14, the Congress leader had visited Upper Assam’s Sivasagar district and said that his party will never accept Citizenship Amendment Act (CAA) and will not allow anyone to implement it.