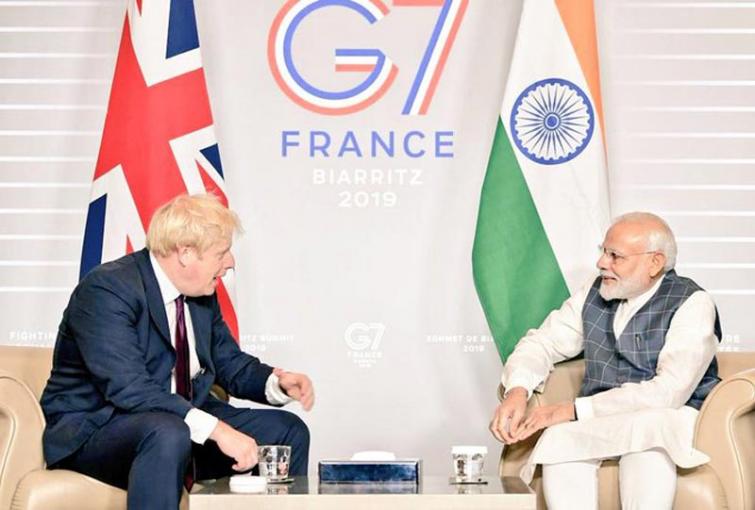 Calling the Indo-Pacific "increasingly the geopolitical centre of the world",  United Kingdom Prime Minister Boris Johnson will visit India in April to ostensibly create a democratic counterweight to China.   The government also highlighted a British aircraft deployment to the region ahead of Johnson's previously postponed visit to India in April due to the Covid crisis.

Johnson had been invited by Indian Prime Minister Narendra Modi as the chief guest at the country's Republic Day on January 26, considered a signal honour.

Relations between the United Kingdom and China have strained over issues such as Hong Kong, COVID-19 pandemic and also denying Huawei an active role in Britain's 5G network, Reuters news agency said.  And the potential deployment of Queen Elizabeth aircraft carrier is also expected to raise military tensions in the South China Sea over which China claims sovereignty.

Britain will also be holding two influential summits this year: the first post-pandemic G7 summit in June at which India has been invited as a special guest, and the COP26 climate conference in November.

Since completing its exit from the European Union at the end of last year, Johnson's government has said an "Integrated Review" of its strategic policies will show Britain still had clout on the world stage and usher in a new era for the country.

Johnson is likely to discuss a trade deal with India, which has so far proved elusive, and wants to be among the bulwark of a democratic counterweight to an authoritarian and muscle-flexing China that seeks what it considers its own "rightful" dominance in global affairs.

India's participation in last week's Quad summit with the leaders of the US, Japan and Australia has sent global ripples about a changing world order.