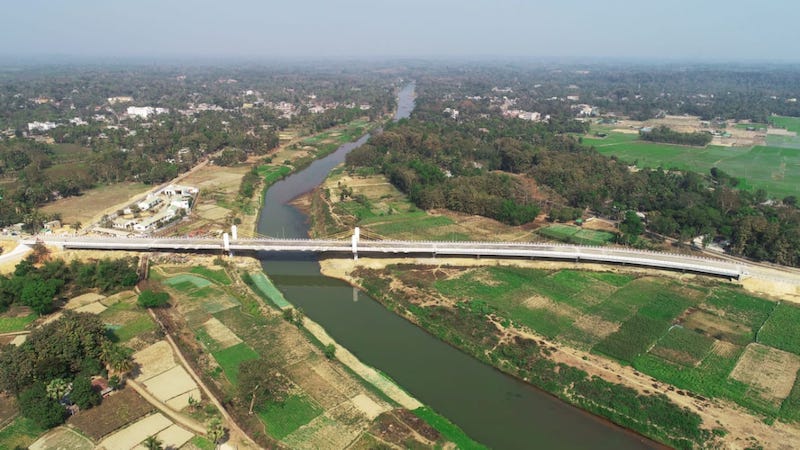 Over 800 Indians mostly from Kerala, Tamil Nadu and Karnataka have set up garment factories in and around Dhaka and export hosiery across the globe through South Asian market, using the shipping facilities at Chittagong sea port.

Interestingly, the raw materials for these factories in Bangladesh, which have been producing the finished items for over a decade, are mostly sourced from India and China.

The Indian garment factories have employed more than a lakh Bangladeshi labourers, mostly women. Also, almost an equal number of people are engaged in tertiary jobs linked to these factories, including transportation of goods.

In turn, Bangladesh government has offered export incentive support, ranging from10 to 25 per cent to the overseas industrialists, besides, other investment friendly steps, which pulled Indian investors to Bangladesh.

Methew C J, an Indian industrialist in Dhaka, running a number of garment factories told UNI, “I have been doing production for the past five years in Bangladesh but haven't faced agitation or strike for a single day. Neither Bangladesh administration nor their citizens created any inconvenience so far to make me feel that I should wind up my business here. We are well respected in Bangladesh.”

However, after inauguration of Maitri Setu, Indian factory owners want to explore the possibility of setting up similar type of production units in Tripura, Methew stated.

Till now, raw materials from Chittagong port to Bangladeshi factories had to be transported covering a distance of 300 km and the finished products were also transported in the same way.

Since garment industry is basically run by women workers and Tripura doesn’t lack such a resource, after a short term training by some international brands, factories can start functioning with basic infrastructure if government assures investment friendly offers.

The Indian investors in Bangladesh have no problem in starting new business in Tripura and other states of northeast after getting access to Chittagong port for South Asian markets, Methew opined.

“Almost every month, business owners like me come to Agartala to shop household items, cosmetics and to watch Indian movies in multiplex using visa. Whenever we visit our home, we have to cross the border and board aircraft from Agartala. So, doing business from any town in Tripura would be preferable to us,” Methew added.

Another Indian industrialist in Dhaka, Kavir Nelson noted, “Bangladesh regulates transport fuel pricing whereas in India it is dynamic. The fuel price in Bangladesh has not changed for many years but in India it changes daily.”

When a factory in Bangladesh gets export order, it can calculate the bidding price to be effective even for the next six months because price index will remain the same. Right from the date of accepting the order till the consignment is shipped, cost of production or transportation would not change but this is a little risky in India, Nelson opined, pointing out why Indian businesses could be still skeptical to invest in Tripura and other nearby states despite the new bridge and the benefits it promises.

Northeastern states have some investment incentive policies but those are still not enough to give confidence to the business community unless there is mechanism to regulate the fluctuating factors.