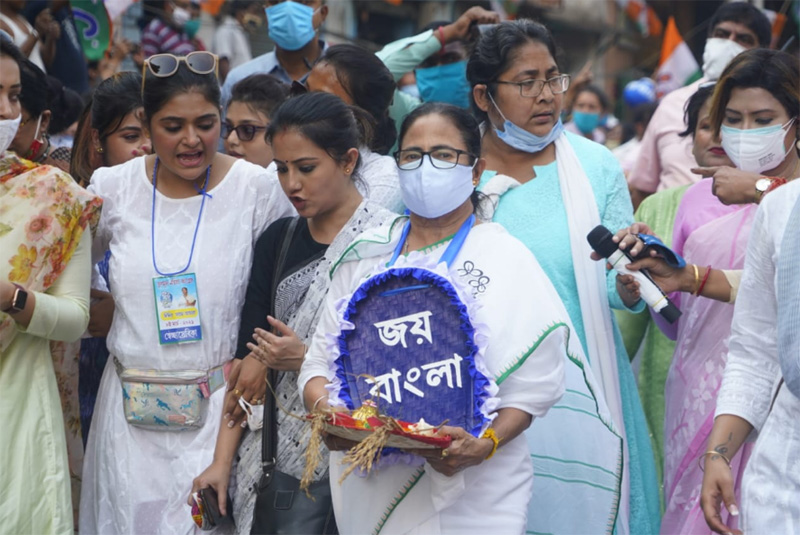 "The Brigade was B-grade. The turnout was less than the gathering at my rally here. Money can't buy everything," said Banerjee.

Banerjee, who has been pitching for women's issues over the last several months, rallied from College Street to Dorina Crossing here.

The Chief Minister was flanked by actors-turned Trinamool parliamentarians Mimi Chakraborty and Nusrat Jahan along with her party's women candidates for the upcoming polls.

Pitching the household issue once again, Banerjee Monday protested against the rise in fuel prices.

"They always promise to do things but never serve people. We would only request them to make LPG cylinders free of cost," she said.

"First they should think about Delhi and then dream of capturing power in Bengal," the Trinamool chief added.

Appealing all people to vote for the Trinamool candidates, Banerjee, who is fighting the polls this time from Nandigram against his former lieutenant and now a Bharatiya Janata Party (BJP) man Suvendu Adhikari, called herself the candidate in all 294 seats.

"Don't forget the fight is between me and the BJP," she said.