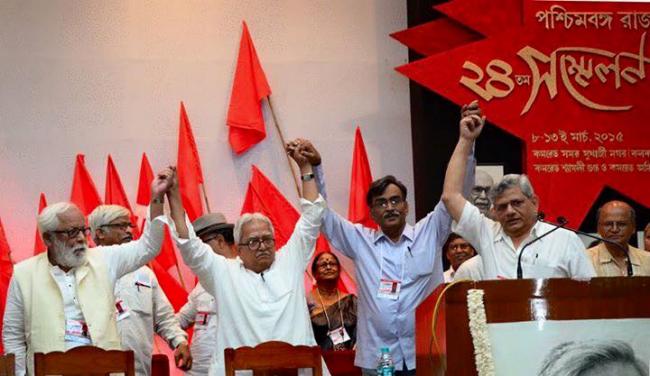 Baharampur/UNI: Communist Party of India- Marxist (CPI-M) leader Surya Kanta Mishra has called for the support of the people towards the Left and other democratic alliances to restore democracy and decrease unemployment.

On Sunday evening, he held a press conference in the district CPM party office where he assured about proper administration in the state.

He said, there is right now a lot of wastage in the state, there is only advertising of face. It is a chaotic situation. He said, right now the biggest danger is communalism and TMC cannot resist that. Only the Left and the democratic alliance can restrict them.

He informed that, when the Left party was removed from power in 2011, Bengal was still ahead in areas of small scale industries and employment.

But at present there is no sign of new industries, there has not been any investment as such, they have thrown away everyone.

He commented that the closed doors will again open if this government falls. He also said, in the upcoming election even if the parties of democratic alliances have their separate manifestos, they will still distribute common leaflets.

He said, if the democratic alliance comes to power there will again be regular examinations, corrupt appointments will stop and there will be more job vacancies.

He also had a meeting with the CPM party workers about the Left democratic alliance.