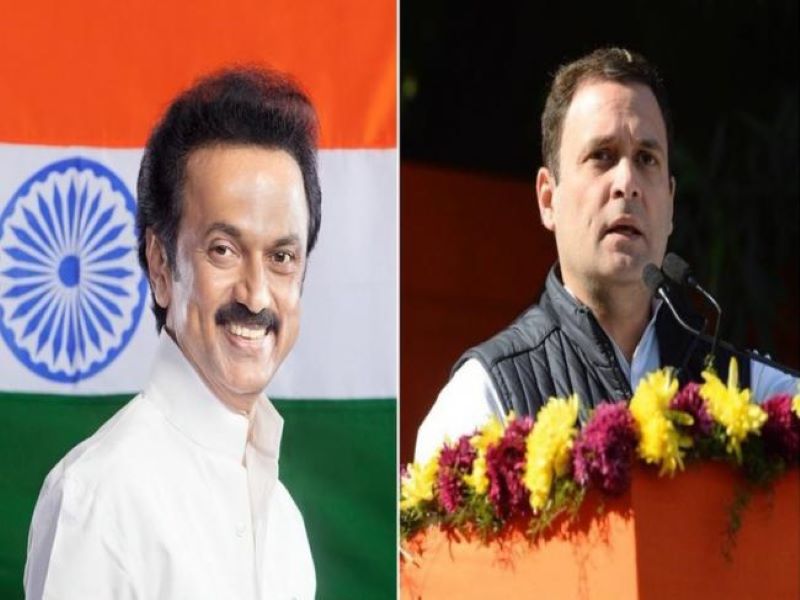 According to media reports, the seat sharing agreement will be signed on Sunday by 10 am. The deal was finalised after Congress top brass in Delhi contacted the DMK leadership in Chennai, added the reports.

Congress leaders held several rounds of meetings with DMK leaders with Rahul Gandhi holding rallies for the upcoming elections in the state.

According to an India Today report, Dinesh Gundu Rao reached MK Stalin's house to finalise a seat-sharing deal. Numbers will be declared formally during the announcement.

In 2016, Congress was given 41 seats and it had managed to win only seven of them.

The DMK is hoping to return to power after remaining in the opposition for 10 years.

Congress has little bargaining power in the state though its leaders have denied that it has compromised on the number of seats it sought from DMK.