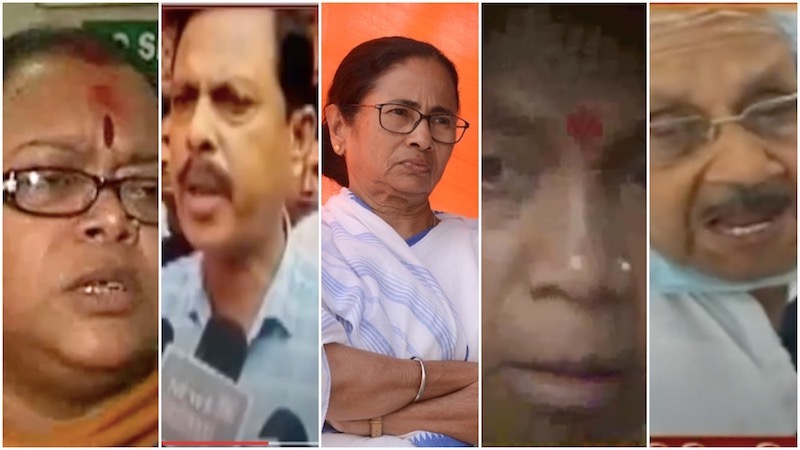 A few others, including Mamata's close aide Sonali Guha, are reportedly in touch with BJP leader Mukul Roy and they are likely to join the party soon.
From cheers to tears- the state on Friday witnessed two moods of the TMC leaders and sitting MLAs.

When 291 TMC candidates, including multiple newly joined filmstars, were gearing up to begin their poll campaigns, few of the 27 sitting MLAs, whose names were dropped from the candidates' list, expressed their anger and frustration.

Sonamukhi MLA Dipali Saha and Shibpur MLA Jatu Lahiri joined the BJP while Satgachia MLA Sonali Guha, who was like a shadow of Mamata Banerjee for the last two decades, burst into tears in front of TV cameras.

Guha said that she will no longer be with the TMC and was in contact with BJP leader Mukul Roy.

Meanwhile, TMC muscle man from South 24 Parganas' Bhangar- Arabul Islam- who had expected to get a ticket for the polls, took to the streets with his followers against his party's decision with tears.

Several other "election aspirants" of the TMC, including state minister Firhad Hakim's son-in-law Yasser Haidar, expressed their rage over the candidates' list on their social media walls.

Taking a step forward, Haidar on Saturday announced to quit the party.

BJP's Mukul Roy claimed that several sitting MLA-leaders of the TMC were in touch with him since the party had announced its candidates' list.