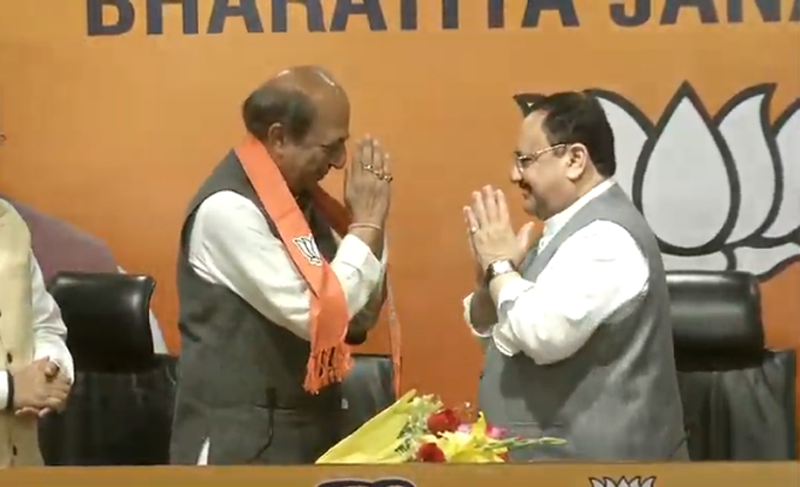 This is a golden moment for which I was waiting for: Dinesh Trivedi after joining BJP

New Delhi/UNI: Former Railway Minister Dinesh Trivedi, who joined the Bharatiya Janata Party on Saturday, said this was a 'golden moment' for which he was waiting for.

He made the move ahead of the West Bengal Assembly polls.
The former Railway Minister joined the BJP in the presence of party president J P Nadda.

Union ministers Piyush Goyal and Dharmendra Pradhan and other leaders were also present on the occasion.

Trivedi had resigned from the Rajya Sabha on February 12.

After joining the BJP here at party headquarters, Trivedi said, 'Today is the golden moment that I was waiting for. Today we are in public life because the public is paramount. A political party is one in which the family is at best, but today I have really joined such a party in which the 'Janata Parivar' is there. The aim of the BJP party is to serve the public. "

He said that "The party I was in earlier serves only one family and not the public."

Trivedi said, "Violence is continuously increasing in West Bengal. The public is upset with the violence and corruption there, in such a situation, the people of Bengal are happy that real change is going to happen there and the BJP is going to form the government."

Welcoming Trivedi in the BJP, Nadda said, "Mr Trivedi has a long experience in politics. He has lived a political life bypassing power. He has integrated himself with the BJP with a flowing idea. "

The BJP president said, "A person like Mr Trivedi was in the wrong party and he himself felt this. He has paid a great price in politics because of this. Now the right person is in the right party.'

The Assembly polls in West Bengal will be held in eight phases between March 27 and April 29.