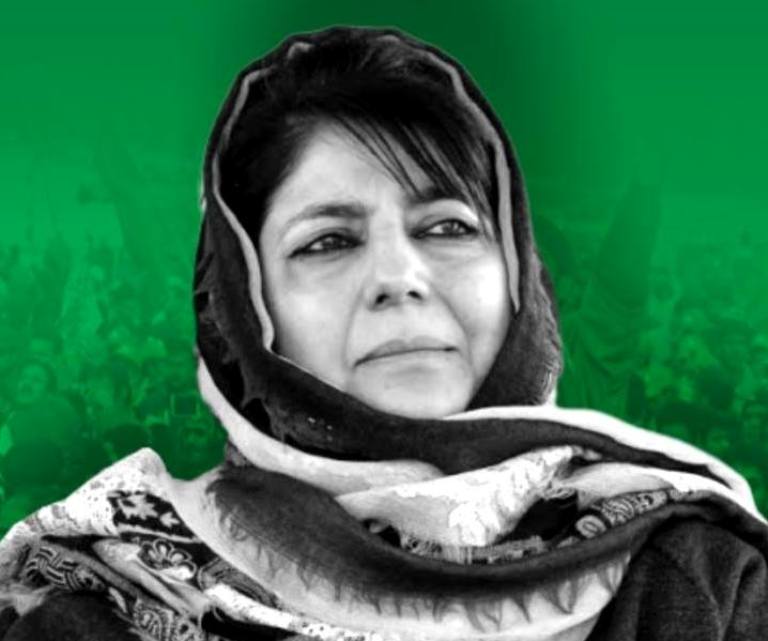 Official sources said a notice was issued by ED on Friday, directing Mehbooba to appear before the directorate on March 15 at 11:30 AM in New Delhi.

The notice comes months after the residence of Mehbooba’s close aide Anjum Fazili was raided by ED in a money laundering case linked to alleged financial fraud at the J&K Bank.

Mehbooba had in the past alleged that ED is being ‘weaponised by the ruling party to hound political opponents.

The PDP president in December 2020 wrote a letter to the Director of the ED, claiming that various persons from Kashmir related to her were summoned by the agency.

“The only common thread connecting these persons appears to be that they are all acquainted with me, my family or my politics in one way or another. The questioning of these persons is also focused on myself, my personal, political and financial affairs, my late father’s grave and memorial, my sister’s finances, home constructions, my brother’s finances and personal affairs etc,” she had said in the letter.

She said she was ready to face any questioning but demanded fairness of the process.

The former chief minister of the erstwhile state of Jammu and Kashmir had demanded that any questioning of her or her family members or checking of their devices should be done under an impartial judicial authority.

“If there is any breach of what I consider to be norms of law, good conduct and constitutionalism, I shall not hesitate to take the matter up legally and politically,” she had written.

Mehbooba was freed last year after being kept under detention for about a year since August 5, 2019, when the Centre abrogated Article 370 and Article 35 A, besides divided J&K into two Union Territories.