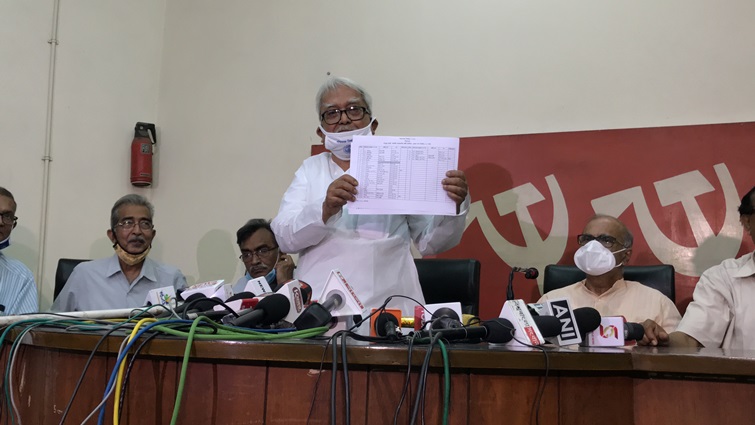 Kolkata/IBNS: The Sanjuka Morcha formed by the Left, Congress, Indian Secular Front (ISF) Friday failed to come up with a candidate for the assembly elections in Nandigram seat, which grabbed limelight after West Bengal Chief Minister Mamata Banerjee announced her candidature from the constituency.

Left Front chairman Biman Bose Friday announced the list of candidates of Sanjukta Morcha at Alimuddin Street for the first two of eight phases of elections.

However, the alliance is yet to come up with candidates in a number of seats including Nandigram.

"We are yet to finalise the candidate for the Nandigram seat. Nandigram this time is a heavyweight seat," said Bose.

Banerjee will be fighting from the lone seat of Nandigram, which is the bastion of Suvendu Adhikari, who has jumped from the Trinamool to the Bharatiya Janata Party (BJP) in Dec 2020.

The BJP is yet to release the candidate list for the first two phases of the elections, scheduled to be held on Mar 27 and Apr 1.