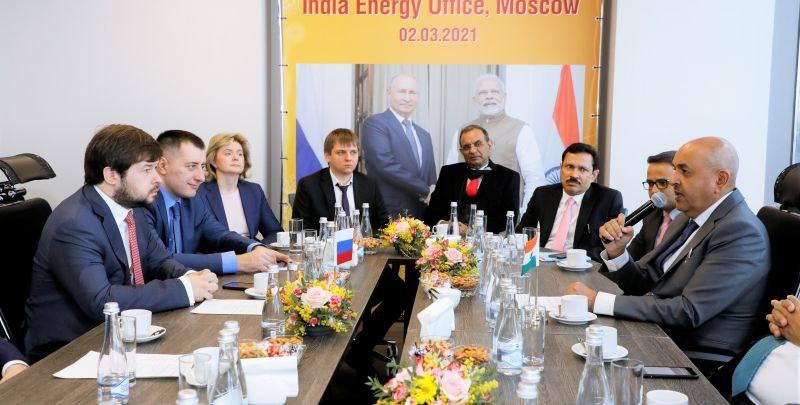 Moscow/New Delhi/IBNS: Russia and India have agreed to create a target working group for gas, which will operate in the framework of the working group for cooperation in the sphere of energy and energy efficiency of the India-Russia Inter-Governmental Commission on Trade, Economic, Scientific, Technological, and Cultural Cooperation.

This is announced by the Russian Energy Ministry said following the opening of the India Energy Office in Moscow on March 2, 2021.

The new office will serve as a center for establishing interaction between key Indian energy companies and Russian businesses, Deputy Russian Energy Minister Pavel Sorokin was quoted as saying in the statement.

Sorokin said, "These companies represent all the main sectors in energy - LNG, engineering services, production, and processing. We expect that the India Energy Office could become a new breakthrough instrument for strengthening interaction between Russia and India.

"There is a great deal of potential for increasing investment and implementing joint projects in the sphere of entering new segments, including joint oil production in new regions."