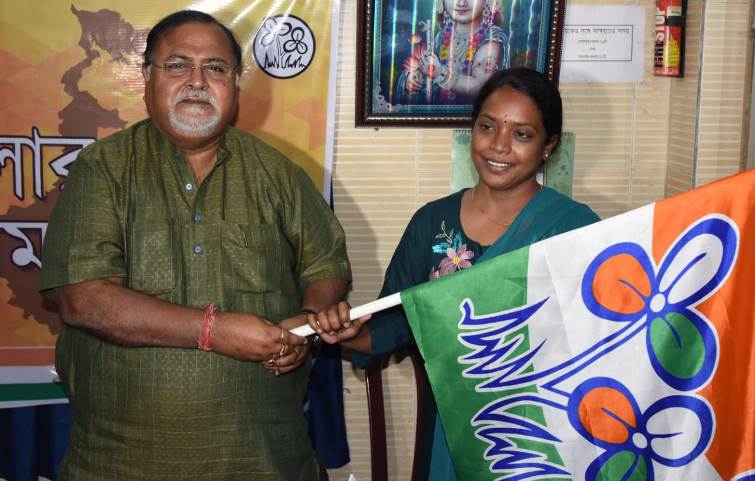 Kolkata/IBNS: Birbaha Hansda who is a well-known Santhali actress, joined the All India Trinamool Congress (AITC) in presence of party Secretary-General  Partha Chatterjee on Wednesday.

She had contested the 2019 Lok Sabha elections from Jharkhand Party (Naren) as well.

Birbaha Hansda's father is Naren Hansda who was the founder of Jharkhand Party (Naren) and mother Chunibala Hansda is also a famous politician.

Earlier in the day, Bengali actor Sayantika Banerjee joined the Trinamool Congress in poll-bound West Bengal, which is set to witness star-studded assembly elections this summer.

"I am grateful to our Didi (West Bengal Chief Minister and Trinamool supremo Mamata Banerjee) for giving me this opportunity to serve people and considering me as deserving... I was beside Didi for the last 10 years and will continue to do so in the future," Sayantika said.