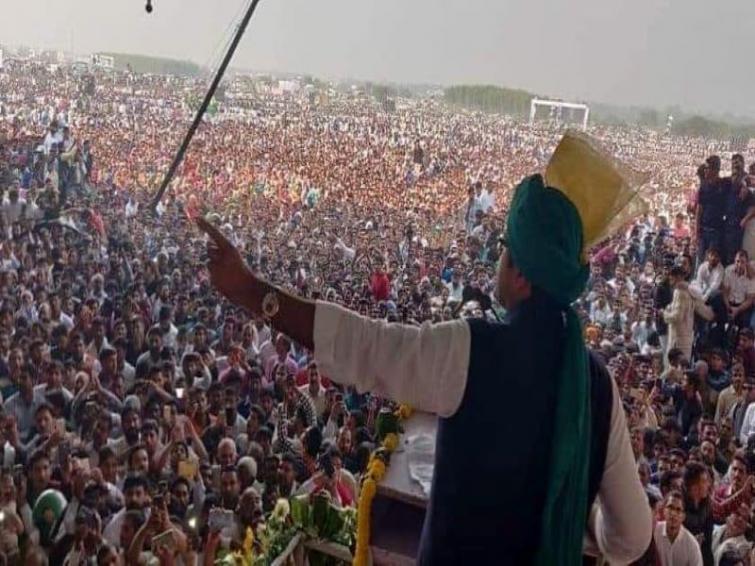 Chandigarh/UNI: Taking a big step towards providing employment to the youth of the Haryana, the state government would begin a massive employment campaign from next month following the bill ensuring 75 per cent jobs to the Haryana youths in the private sector, was given assent by the Governor on Tuesday.

Revealing this during a press conference at Party’s state office here, Deputy Chief Minister Dushyant Chautala said that the government has fulfilled its promise made to the youths of the state and rules and regulations for this new law would be issued in the coming days.

He said that the government would commence the employment drive in 22 districts, 143 blocks of the state.

He said that the drive aims to ensure large scale employment to the local youths in the private sector when the new fiscal year would begin in April.

Chautala said that the state government would also ensure jobs for the youths according to their qualification and skills they have.'

Answering a query, the Deputy Chief Minister said that before Haryana, Maharashtra had also implemented the same law 37 years ago for the people speaking the Marathi language and states like Uttrakhand, Himachal Pradesh, Gujarat, Jharkhand, Chhattisgarh, Andhra Pradesh and Telangana had also brought this law.

He said that the government has given exemption in the reservation if the company fails to find a skilled employee.

Giving example, he said that as the construction work is done mostly by people of West Bengal and mason belong to Rajasthan-Madhya Pradesh, and then relaxation can be given as such workforce is not found in Haryana.

Chautala said that the jobs of chowkidar, security guard, clerk, steno clerk, and others which offer a monthly salary of Rs 50000, will be entitled to 75 per cent of the youth of the state.

He said that there is also a provision of penalty on the firms for violating the rules/regulations of the law. He told that firms have to mandatorily give complete details of their registration and employees on the portal.

Advising the opposition leaders who are creating confusion about the law, the Deputy Chief Minister said that instead of spreading misinformation, they should support the government in the interest of employment of the youth of the state.

He also made it clear that this law will not have any impact on the old employees working already in the firms and the law would apply to future recruitments.

Chautala, who reached the party office for the first time after the bill was given assent by Governor, was warmly welcomed by the party's senior leaders, MLAs, activists and youths.