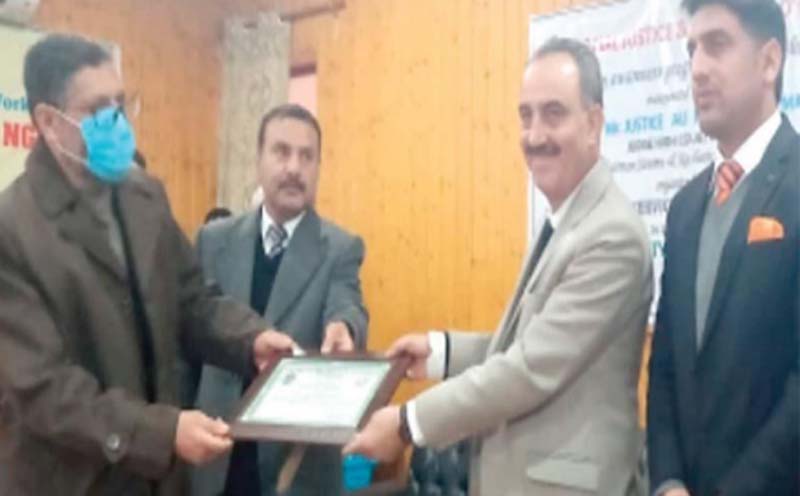 Addressing a day-long awareness-cum-workshop on ‘Social Justice and Role of NGOs’ organised by District Legal Services Authority (DLSA) Baramulla at Dak Bungalow here, Justice Magrey was the chief guest on the occasion said that the constitution of India gives certain fundamental rights and liberties and there was a need to uphold them while discharging one’s duties.

During his address, he said that rights and duties go hand-in-hand and everyone should identify his or her role in the society.

Appreciating the role of NGOs, Justice Magrey said that these organisations need to be strengthened as they play an important role in social justice and empowerment.

He said that smooth delivery of justice would be ensured only if the government functionaries and other stakeholders perform their duties with open conscience and full devotion.

Justice Magrey, who is also the Executive Chairman of State Legal Services Authority, said that social injustice was a threat to the stability and sustenance of a society and every effort should be made to ensure that justice and equality prevail.

He highlighted the role of judiciary in carrying out welfare activities outside their domain of work as “judicial activism”.

Justice Magrey gave a brief appraisal of National legal Services Authority Act and said that judiciary was playing its part in this regard with zeal and vigour. Deputy Commissioner (DC) Baramulla Muhammad Aijaz Asad, who was the guest of honour, underlined the role of NGOs towards dissemination of justice and said that the district administration works in tandem with several NGOs while carrying out various welfare activities.

He said that the welfare of the society was possible only when all the stakeholders play their constructive role in their respective domains. Asad said that there was a need to widen the social base of NGOs so that their range of activities was expanded positively.