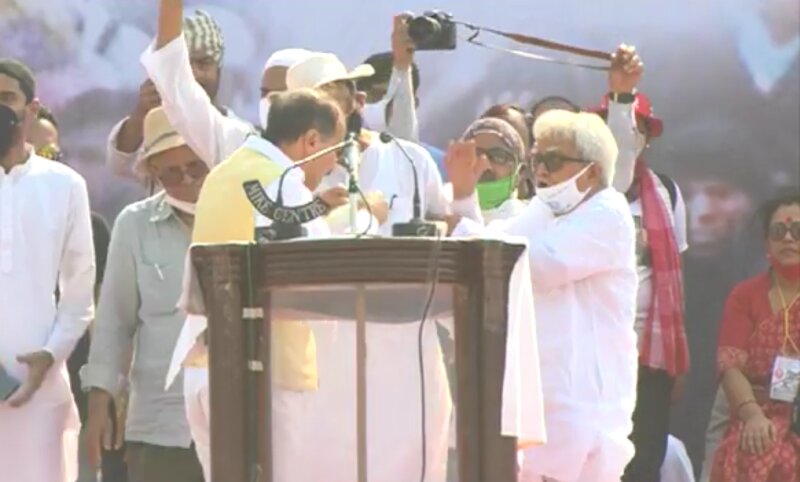 Kolkata/IBNS: The ongoing rift between Congress and Indian Secular Front (ISF) took the centre stage at the Left's brigade rally on Sunday, causing embarrassment for the United Front which is shaping up in poll-bound West Bengal.

In the rally which was called against the ruling parties of the state and country, Trinamool Congress and Bharatiya Janata Party (BJP) respectively, ISF chief Abbas Siddiqui took the stage while West Bengal Congress president Adhir Chowdhury was addressing a vast crowd at the brigade parade ground close to downtown Kolkata.

As the Left leaders got busy with welcoming Abbas amid massive cheer from the ISF supporters, Chowdhury was almost compelled to stop his speech.

Later, he had taken the decision to leave the dais when CPI-M leaders Md. Salim and Biman Bose were indistinctly heard asking Chowdhury to allow Abbas to speak for a while.

"You can speak," Chowdhury was heard telling Abbas who took his seat without uttering a word. 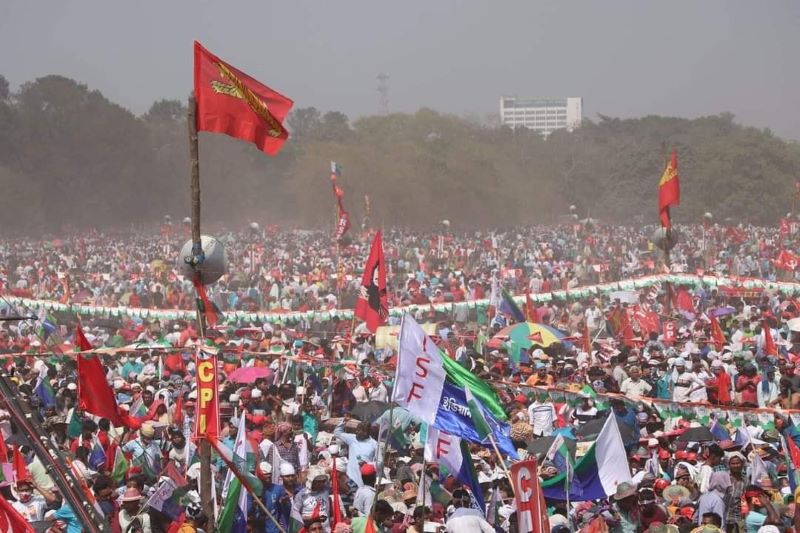 However later Chowdhury said he had paused his speech due to the loud cheer from the crowd and the alliance was intact.

The rift between the ISF and Congress broadened when Abbas during his speech acknowledged the Left parties and indirectly slammed the state's official opposition party, represented by Chowdhury.

"I thank the Left leaders for giving us 30 seats to contest in the upcoming assembly elections... People may ask why I am not saying the same things for Congress. This is because we have come here to get our due and not to appease," Abbas said.

Even before the brigade rally, the rift between the Congress and ISF over the seat-sharing deal were seen as the United Front is yet to finalise the pact for the upcoming polls, which will begin on Mar 27.

After the rally, Abbas once again indirectly attacked Chowdhury saying, "Sonia Gandhi (Congress interim national president) may want the alliance but someone in the state is causing a delay. I think after this statement, things will be sorted out within a few days."

Responding to Abbas' allegation, Chowdhury, who represents the Baharampur constituency in West Bengal, said, "Congress' deal is taking place with the Left. We have no idea about anyone else. First we should know the number of seats we are fighting in, then we can think about sharing with any other party."

Taking a dig at the rift in the federal front which has otherwise put up a good show at the brigade, West Bengal Minister and senior Trinamool Congress leader Firhad Hakim said, "We have always been saying that Congress was the B-team of the Left. Now they have become the A-team.

"But don't know when the Congress would lose its position to Abbas Siddiqui. What we have seen today is that all were standing up when Abbas was taking the stage and not during Adhir Chowdhury's entrance."

In a direct attack on the Left, BJP leader Suvendu Adhikari said, "Today we have seen the Left's idea of secularism. They want Md. Salim as the Chief Minister and Abbas Siddiqui as the Deputy Chief Minister."

The political climate of West Bengal has already heated up as the state will go to polls in eight phases from Mar 27 to Apr 29.

As the BJP is giving a tough contest to the ruling Trinamool, the United Front has slowly emerged in the scene though the fight is heavily bipolar.

Though the Left and Congress have way more seats than the BJP in the outgoing assembly, the saffron party in the 2019 Lok Sabha polls emerged as the prime challenger to the Trinamool, which had won 211 of 294 seats in the house.