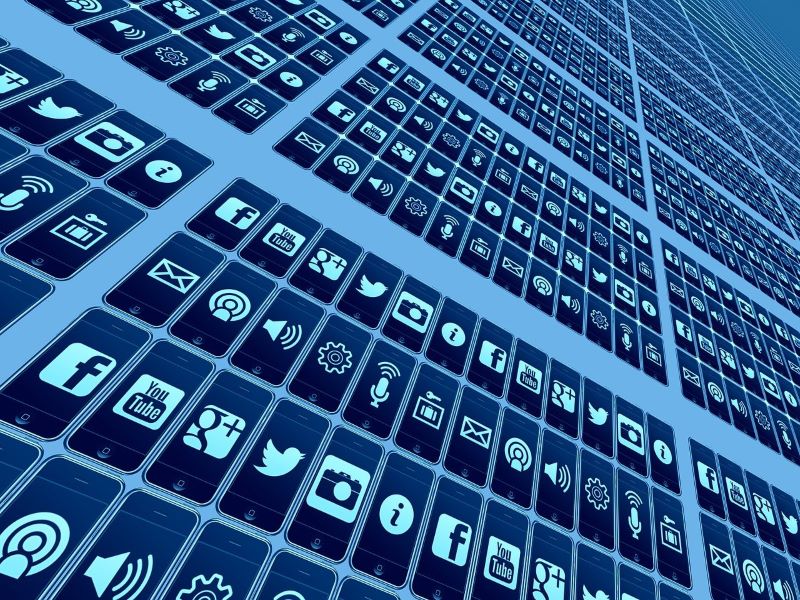 New Delhi/IBNS : The Centre today stated that it framed the Information Technology (Intermediary Guidelines and Digital Media Ethics Code) Rules 2021 amidst growing concerns around lack of transparency, accountability and rights of users related to digital media and after elaborate consultation with the public and stakeholders.

The government said that the proposed framework is progressive, liberal and contemporaneous. " It seeks to address peoples’ varied concerns while removing any misapprehension about curbing creativity and freedom of speech and expression. They have been framed keeping in mind the difference between viewership in a theatre and television as compared to to watching it on Internet," it said.

"These social platforms have enabled common Indians to show their creativity, ask questions, be informed and freely share their views, including criticism of the Government and its functionaries. The Government acknowledges and respects the right of every Indian to criticizeand disagree as an essential element of democracy. India is the world’s largest open Internet society and the Government welcomes social media companies to operate in India, do business and also earn profits. However, they will have to be accountable to the Constitution and laws of India," the government said in a statement.

It was found that currently there is no robust complaint mechanism wherein the ordinary users of social media and OTT platforms can register their complaint and get it redressed within defined timeline, the government said.

"Lack of transparency and absence of robust grievance redressal mechanism have left the users totally dependent on the whims and fancies of social media platforms. Often it has been seen that a user who has spent his time, energy and money in developing a social media profile is left with no remedies in case that profile is restricted or removed by the platform without giving any opportunity to be heard," it noted.

"The social media platform will be asked to require to reveal the first originator of the mischievous tweet or message as the case may be and this should only be in the connection to integrity and sovereignty of India," the minister said in a media briefing, reported Mint..

"Posts relating to offences related to the sovereignty of India, security, relations with other states and rape must be removed. If you disable content of a user you must give him reasons," he underscored.

Posts derogatory to the dignity of women will be ordered to be removed in 24 hours of receipt of complaints of contents that exposes the private areas of individuals, show such individuals in full or partial nudity or in sexual act or is in the nature of impersonation including morphed images etc. Such a complaint can be filed either by the individual or by any other person on his/her behalf, according to the government statement.

Grievance Portal and registration of grievance:

An online Grievance Portal, as the core body to receive and process all grievances from the public in related to the Code of Ethics, will be set up within three months of the commencement of the rules.

Any individual can report their grievance in relation to the applicable entities related to the Code of Ethics in the Grievance Portal.

The Portal will generate and issue an acknowledgement within 24 hours of the registration of the complaint.

The complaint will be also be forwarded to the applicable entity for redressal and the Ministry and the self-regulating body for information and record.

The Rules establish a soft-touch self-regulatory architecture and a Code of Ethics and three tier grievance redressal mechanism for news publishers and OTT Platforms and digital media.

Self-Classification of Content: The OTT platforms have to self-classify the content into five age based categories- U (Universal), U/A 7+, U/A 13+, U/A 16+, and A (Adult).

The publisher of online curated content shall prominently display the classification rating specific to each content or programme together with a content descriptor informing the user about the nature of the content, and advising on viewer description (if applicable) at the beginning of every programme enabling the user to make an informed decision, prior to watching the programme.

Publishers of news on digital media would be required to observe Norms of Journalistic Conduct of the Press Council of India and the Programme Code under the Cable Television Networks Regulation Act thereby providing a level playing field between the offline (Print, TV) and digital media.

A three-level grievance redressal mechanism has been established under the rules with different levels of self-regulation.

Self-regulation by the Publisher: Publisher shall appoint a Grievance Redressal Officer based in India who shall be responsible for the redressal of grievances received by it. The officer shall take decision on every grievance received by it within 15 days.

Self-Regulatory Body: There may be one or more self-regulatory bodies of publishers. Such a body shall be headed by a retired judge of the Supreme Court, a High Court or independent eminent person and have not more than six members. Such a body will have to register with the Ministry of Information and Broadcasting.

Oversight Mechanism: Ministry of Information and Broadcasting shall formulate an oversight mechanism. It shall publish a charter for self-regulating bodies, including Codes of Practices. It shall establish an Inter-Departmental Committee for hearing grievances.