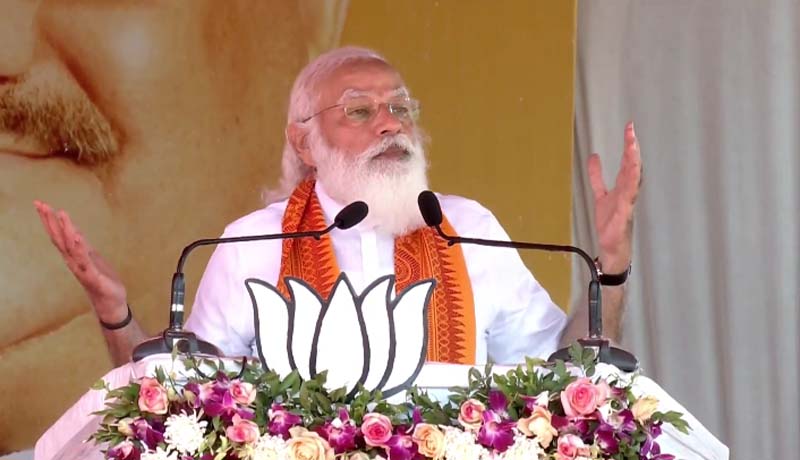 I want Puducherry to be BEST: PM Modi

Puducherry/IBNS: With weeks to go for the assembly polls in Puducherry, Prime Minister Narendra Modi on Thursday said he wanted the union territory to be the "BEST" or the hub of business, education, spirituality and tourism.

He added, "The NDA govt reforms in various sectors will help the IT, Pharma, textile and several other sectors. The government is encouraging start-ups under the Start-up India programme. Compliance burdens are down.

The Prime Minister added, "We are working towards a system where medical and technical education would be given in local languages. Many students will gain from this. Puducherry is a beautiful confluence of many cultures. This is a wonderful place to become a hub of spiritual tourism."

The Congress government in Puducherry has very recently collapsed after Chief Minister V Narayanasamy lost the majority in the assembly following a series of resignations of ruling party members.

As no other party has claimed to form government, the union cabinet has approved the proposal by the Union Home Ministry to dissolve the assembly and impose President's rule in Puducherry.

Along with four other Indian states, the union territories will go to polls in April-May.