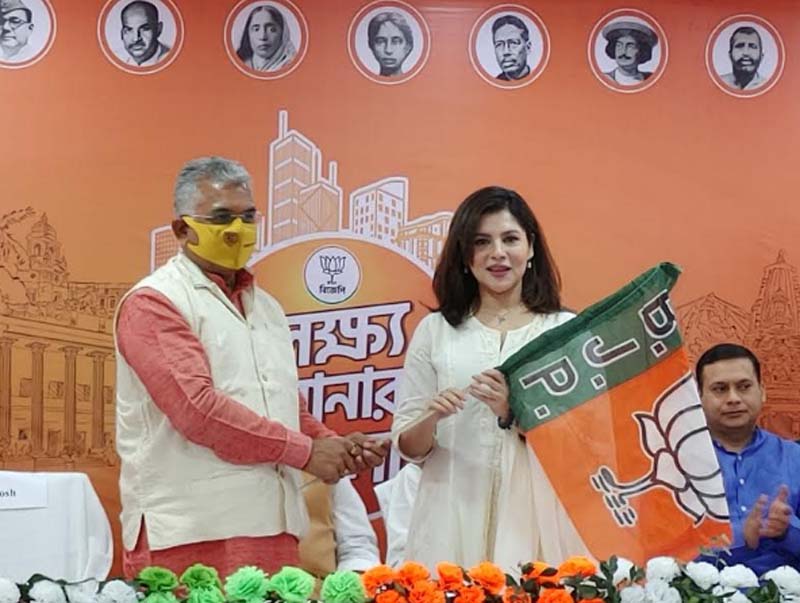 Kolkata/IBNS: Bengali actor Payel Sarkar on Thursday became the latest film personality to plunge into West Bengal politics ahead of the assembly elections, which are due to be held in the summer.

Sarkar, a popular face in the Bengali film industry, joined the Bharatiya Janata Party (BJP) at the party's election office at Hastings in Kolkata.

She joined the opposition force in West Bengal in presence of BJP state president Dilip Ghosh.

Days ago, the BJP had inducted actor and popular face on television, Yash Dasgupta, to the party fold.

While Banerjee is seeking a third straight term as the Chief Minister, the BJP is aiming to wrest power in the state for the first time.