Guwahati/IBNS: Assam Congress has collected over 1 lakh gamosas through its door-to-door collection drive while the party has launched 'Assam Bachao' (Save Assam) campaign across the state by aiming to oust BJP from power in the upcoming assembly polls in the state.

In just a few days, people from across the state have poured their sentiments on their gamosas and handed them over to various senior Congress leaders-marking their dissent against the Citizenship Amendment Act of the BJP government.

The signed gamosas will be put up, in the CAA-Martyr’s Memorial, which the Congress will inaugurate once it comes to power.

Various senior leaders, took to social media to share pictures of the gamosas collected, under the trending hashtag of #MyAntiCAAGamosa . 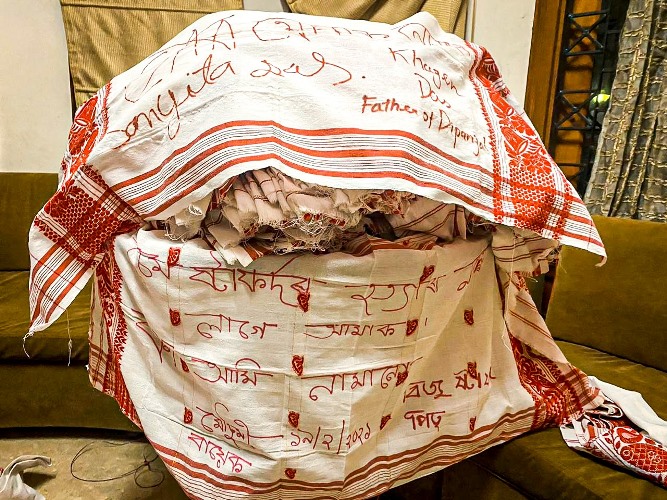 Rajya Sabha MP and APCC President Ripun Bora said, “Our hope for a united & prosperous future for Assam is alive & thriving, as people have truly risen up to fight back divisive forces! Amazed that over a period of few days, we have already collected over 1 lakh Gamosas bearing anti-CAA messages! #MyAntiCAAGamosa.”

Lok Sabha MP & Manifesto Committee Chairman Gaurav Gogoi took to Twitter and stated, “1 lakh gamosas within days is a testimony of the extraordinary response from across the State to @INCAssam's #MyAntiCAAGamosa collection drive! Grateful to people for coming all out in support of our endeavours to ensure CAA is out for good in Assam.”

Publicity Committee Chairman Rakibul Hussain displayed his protest by asserting, “Over 1 lakh Gamosas carrying the message of Assamese will power & resilience! Yes! CAA will never see the light of the day in Assam- that's for sure! Send us your Gamosas bearing anti-CAA messages so that the count swells& we can say goodbye to divisive forces. #MyAntiCAAGamosa.”

MP and Chairman of the Congress Campaign Committee Pradyut Bordoloi, firmly stated, “Thank you for the overwhelming support to @INCAssam's #MyAntiCAAGamosa initiative as we have collected 1 lakh gamosas already. All of you have become an integral part of history & together we shall quash CAA, showing it the door.” 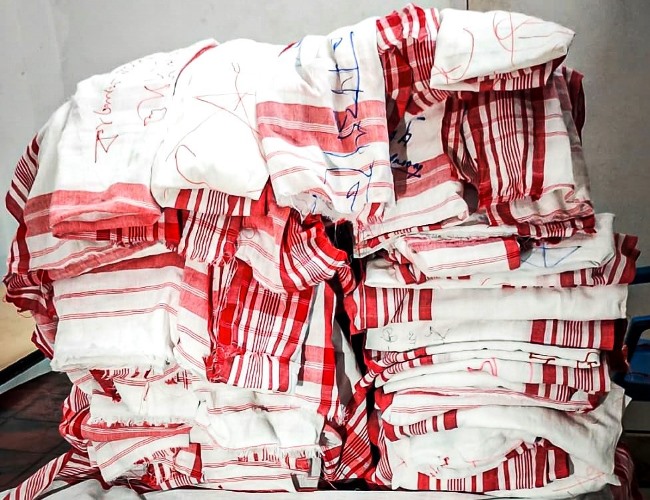 The Congress party hope that, as the inspiring determination of the state’s people continues, it will soon cross the 50 lakh mark, in few more days to come.